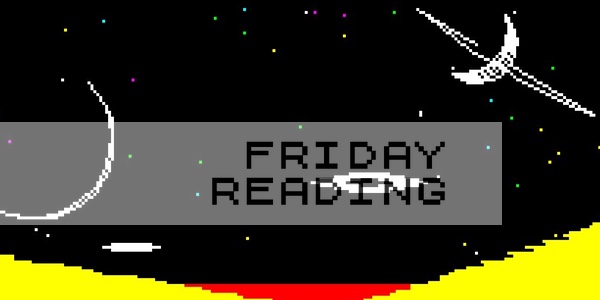 A delve into the murky world of “Astroturfing, Twitterbots, Amplification – Inside the Online Influence Industry” by Crofton Black and Abigail Fielding-Smith. I still don’t believe people have got a handle on just how much of this is going on and potentially shaping some public perceptions of what is 1) a commonly held belief and 2) a socially acceptable belief.

“I made the shed I live in London’s top-rated restaurant on TripAdvisor. Then I actually opened it. Ladies & Gents, after months screening phone calls from begging customers, eat it up: The Shed At Dulwich”

Absolutely amazing read this. Poses some great questions about the extent to which we rely on online trust networks.

Also on a restaurant tip, mad behind the scenes stuff of how restaurants deal with the risk that a food critic is coming to visit them.

“They inspected the light bulbs. They searched for gum under tables. One manager showed up a few hours early to gather brand-new, never-used silverware, glasses, and plates from a stash stored in the church next door. The dinnerware was washed, polished, and set aside specifically for Sietsema’s party so he would see no scuff marks or chips.”

“Rebuilding trust will a long-term process and will require the commitment of publishers, platforms, and consumers over many years.”

“Why don’t people trust the news and social media? A new report lets them explain in their own words” – Ricardo Bilton

Former colleague Marie Le Conte crowd-sourced some advice to give to journalism students, then gathered it all together in one place.

The Times have released some of their their dataviz codebase and templates – you can read about it here.

“Many of the male journalists who stand accused of sexual harassment were on the forefront of covering the presidential race between Hillary Clinton and Donald Trump.”

Jill Filipovic on the men in the media who cost Clinton the election.

“The problem with this approach is that journalists are still essentially covering the toxic noise, and thereby involuntarily helping it spread. But the noise is not the real story.”

I enjoyed this from Natalia Antelava in Romania on using experience of covering duplicitous press briefings by nefarious governments to provide a few tips for Western journalists today: “Don’t Fight Fake News, Tell Stories Instead”

‘Be brave’ – Five high-profile female leaders in the tech industry reflect on their careers, offering advice and inspiration to younger women

Never before in my career have I written a narrative arc as powerful as this: Take our quiz on what David Davis said about the Brexit impact report papers.

LinkedIn is being flooded with “Broems”

CommonSpace are expanding their team and creating a news editor role in their Glasgow office.

My old haunt Trinity Mirror have a lot of vacancies open for local democracy reporters – applications are open until 28 December. Find them on here.

Ms. magazine to looking to produce 12 teen girl-written articles in 2018 – find out how to pitch here.

“A boy called Lancelot (yes Lancelot) had dropped his fork, spat out his food and with a laugh so hard it was a miracle his bowel didn’t prolapse, raised his hands to cover the tears that were streaming from his eyes. The reason? I had mispronounced a word on the three-course menu”

“The confidence gap – when your professor thinks your working-class voice is ‘unlistenable’, Oxbridge is going to be a struggle” – Nathalie Olah

“‘He just pulled my hand in to his lap’: what it’s really like to be assaulted on the London Underground” – Sian Lewis

When two 12-year-old girls in Wisconsin invited their classmate for a game of hide-and-seek in the forest, they planned to murder her. They later claimed they were forced to act by the mythical Slender Man: How online urban legend Slender Man inspired children to kill

This is a bleak read: “When Your Child Is a Psychopath”

“In another time and place, Lily Madigan would be hailed as a role model and a trailblazer—a 19-year-old teenager thought to be the first transgender woman elected as a women’s officer in the Labour Party. Instead, she’s spent the last few weeks at the center of a British right-wing media storm, facing down vile Twitter abuse.”

“Transphobia is the latest weapon in a raging culture war” by Roz Kaveney. I tell you what, wherever you stand on trans issues, there is no denying that debate has been co-opted by a load of right-wingers who 1) don’t care about trans people 2) don’t care about women’s rights.

“If you’ve ever seen a ghost, you have something in common with 18 percent of Americans. But while there’s evidence that our brains are hardwired to see ghosts, the apparitions we see tend to vary.”

“How the god you worship influences the ghosts you see” – Frank T. McAndrew

Network Rail actually have a page on their website trying to explain why leaves on the line are a problem (which they are).

“In Search Of Absences” – What about when the only clue is a gap on the map? Darran Anderson in search of lost places in West London.

“The fact that Little Chef, has been slowly dying for the past decade or more, only adds to the gloom — like a piece of roadkill nobody’s really sure what to do with.”

I think my dad will still take slight de-tours on routes to drop in on a Little Chef because he knows exactly what is on the menu and what he’s going to get. Harry Harris on the long lingering death of the roadside not-quite-a-greasy-spoon chain.

“Jesus already gave me two burrito forks. One at the end of each arm. They’re called f***ing HANDS.” by Martin Belam, December 8, 2017
I do live blogging, news stories and quizzes at the Guardian, and help cover Eurovision and Doctor Who for them too. As a journalist and designer I’ve spent over twenty years building digital products for the likes of Sony, Guardian, BBC, Natural History Museum and Reach. You can contact me at martin.belam@theguardian.com. Sign up to get my blog posts sent to you via email.
← Friday Reading S07E07
Mark E Smith →