Of masks and madmen 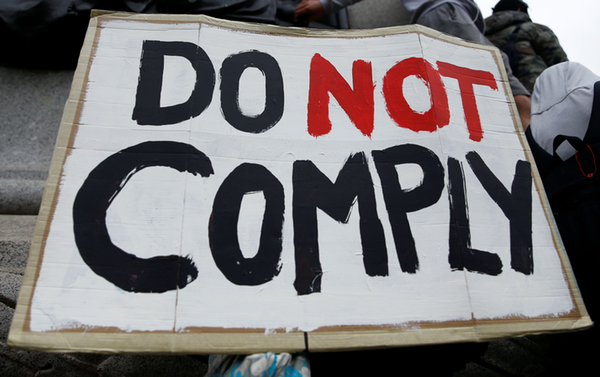 I found myself addicted today to flicking through the pictures coming through on social media from Trafalgar Sq of the London anti-mask anti-Covid demo. 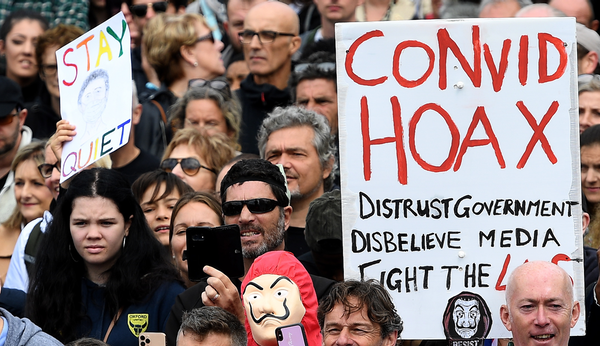 I looked through over 100 and was reading every single sign that was visible. There was of course the expected prevelance of anti-5G, anti-vaxx, anti-Bill Gates, anti-paedo, anti-semitic and QAnon types. 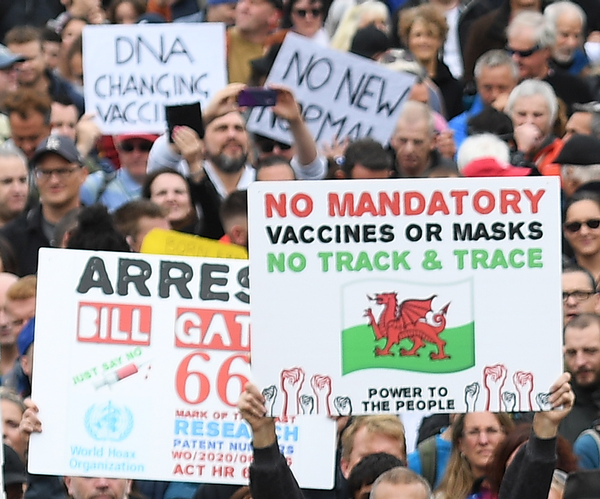 And a couple of guys in Guy Fawkes masks carrying signs telling people not to be sheep, as if that was a novel and original thing to be doing. 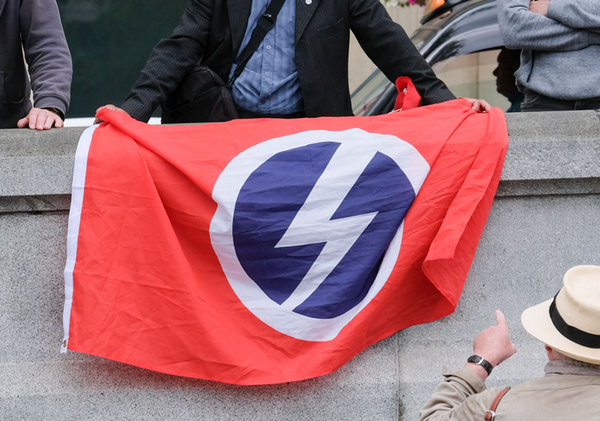 And I realise that organisers can’t choose who turns up to their events, but if you’ve organised something where the cunts at the British Union of Fascists feel comfortable unfurling their flag, you’ve maybe taken a wrong turn somewhere. 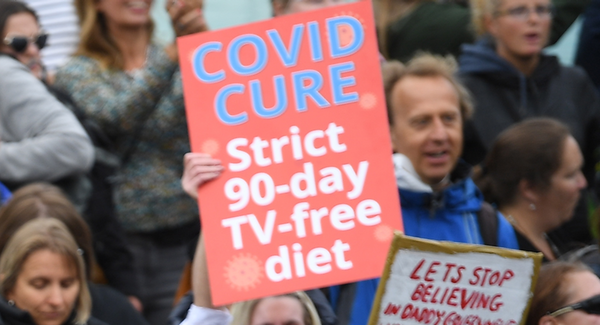 I had thought to do some kind of review of the signs or a top ten placards type thing, but one in particular made me stop and think. 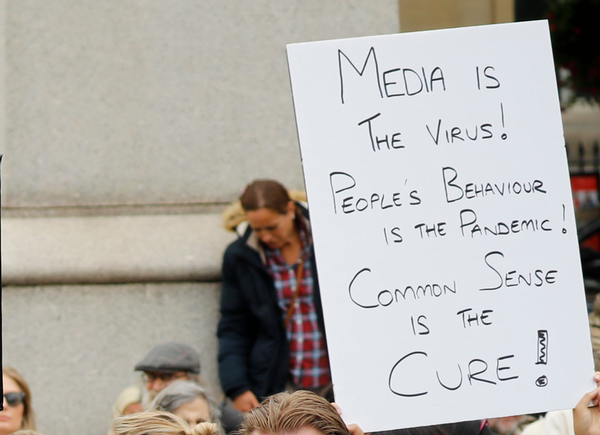 It is a sign – which I haven’t pictured here – that suggests there is a way of getting free electricity, but then goes on to suggest that this is a great secret being kept from us by the alien lizards who are telepathically controlling the world, and that the sign-holder has taken all this info to Scotland Yard and been rebuffed. 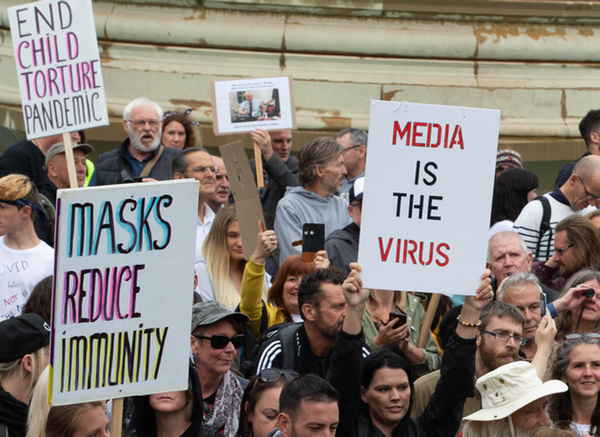 It had their name on it and a quick bit of Googling soon found evidence of them posting to forums about how in order to suppress their electric discovery the government had been trying to force them into mental hospitals and to see psychiatrists. Jokes at the expense of someone in that situation don’t seem that funny, and I guess there are a lot of ill and vulnerable people who have been swept along into internet conspiracies. 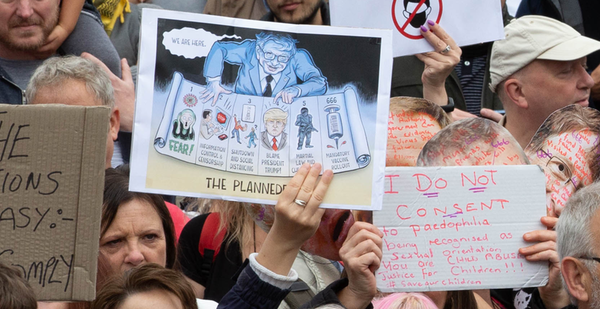 So then I wasn’t going to write about it all, but someone messaged me on Twitter that I was “twisting the truth” by pointing out that anti-5G and anti-vaxxers and anti-semites and fascists had been attracted to the rally. Which really irked me.

There were a couple of people with signs on about coronavirus statistics, and it reminded me that we need to be prepared for the way that numbers later this year will be used to say that the reaction to coronavirus was overblown.

While the peak of covid deaths were going on earlier this year England and Wales were recording way way higher deaths than average. 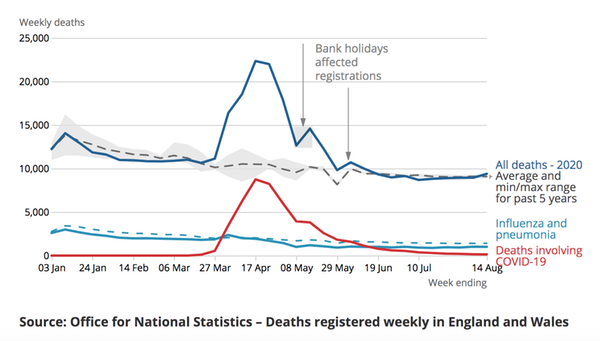 Then there were a few weeks where it was lower than average. People have seized on that to say “See it was just people who were going to die anyway being front-loaded into the deaths this year” to minimise the impact of Covid-19. 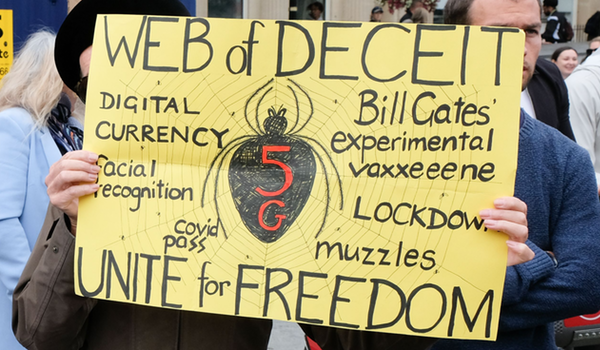 But there’s another interesting thing too, which is we are seeing fewer influenza deaths, which is helping drag the numbers down. Why? Because social distancing, better hygiene and mask-wearing reduces potential transmission of the flu.

Which of course raises the question around whether we should always have been taking these kinds of precautions to protect people from flu. Or whether we eventually have to settle for an “acceptable” number of deaths from coronavirus, just as we currently have “acceptable” levels of death from flu and from car drivers. 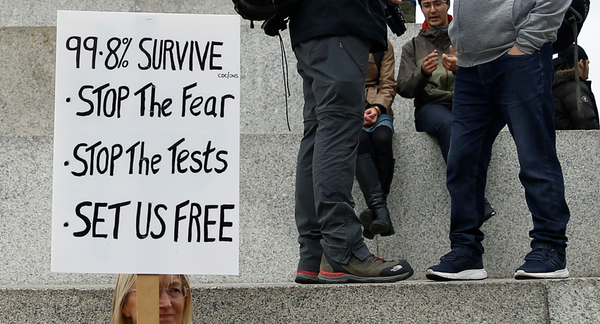 Back to the demonstration today though, I’m fully happy for people’s right to assemble and protest. 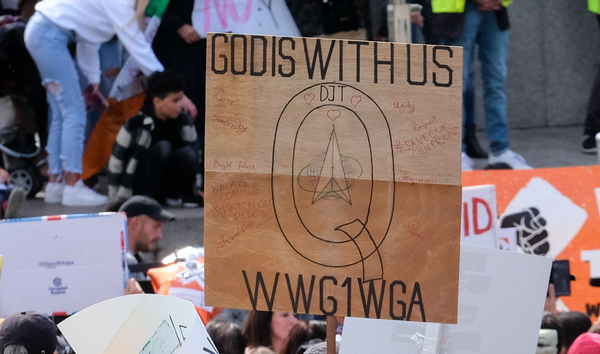 I can’t help notice that some of the media voices who were very vocal in disapproving of Black Lives Matter in-person protests during a pandemic were a lot quieter today. I wonder what the difference was? 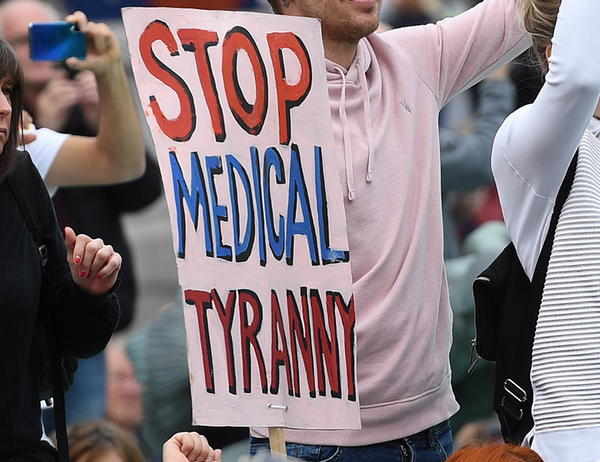 So I don’t want to laugh at some of the people who were there who clearly have mental health issues. 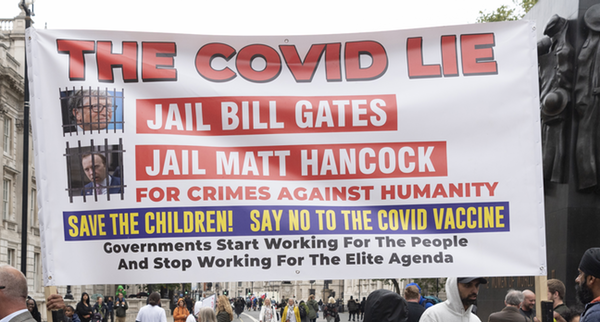 But I do hate seeing the flag of fascists on our streets. As I say, if you are in a crowd of people where fascists feel they can comfortably unveil their flag, then maybe, whatever your intentions, you’ve found yourself in the wrong crowd.

by Martin Belam, August 29, 2020
I do live blogging, news stories and quizzes at the Guardian, and help cover Eurovision and Doctor Who for them too. As a journalist and designer I’ve spent over twenty years building digital products for the likes of Sony, Guardian, BBC, Natural History Museum and Reach. You can contact me at martin.belam@theguardian.com. Sign up to get my blog posts sent to you via email.
← Friday Reading S10E02
The push for “back to the office” →