I went to see 2.22 last night at the Noël Coward theatre. It’s by Danny Robins, who was behind Radio 4’s recent Battersea Poltergeist podcast, and features Lily Allen making her stage debut. 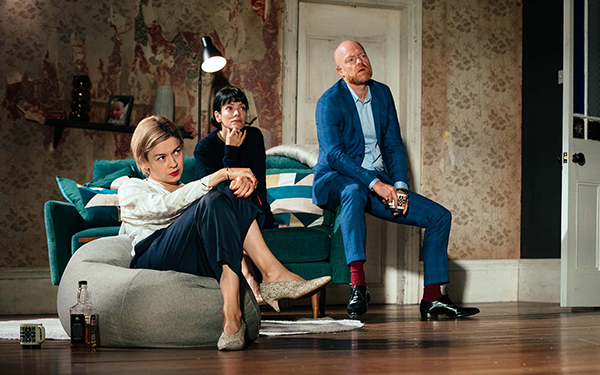 Long story short, it’s a very good example of a ghost story play doing its job. There are jump scares, which are always fun in a theatre where collectively you can all sigh and giggle to release the tension afterwards, but it also poses some good questions about the very nature of ghost stories, and makes some social and political observations of them.

It runs for just over two hours, and even an attention-span miserabilist like me didn’t think it outstayed its welcome. It wasn’t quite what I was expecting in some ways – the focus on 2.22 in the blurb had led me to expect it was going to be a bit of a timey-wimey looped repetition number like Rob Shearman Doctor Who ghost story The Chimes of Midnight, but maybe that was a function of my brain comparing everything to Doctor Who.

I though Lily Allen was really good in it as Jenny, the staging was a delightfully open setting that gradually felt more oppressive as inevitably people start to unravel as events get more intense, and the sound design was strong. Jake Wood stole the show for me, both in the way his character was written and the way he worked the audience – he definitely had the best lines. 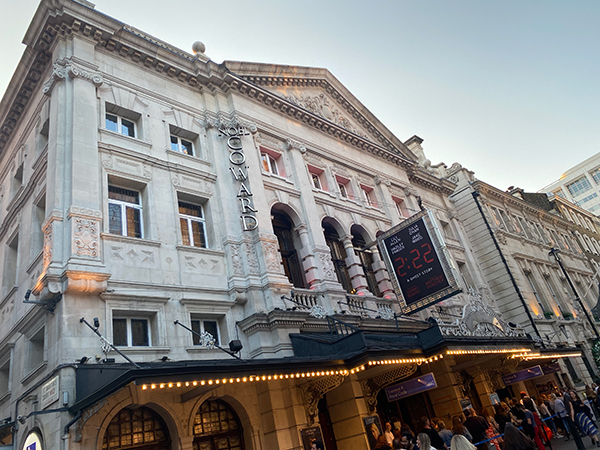 I had some thoughts about the Battersea Poltergeist at the time the show was going out, and I’ve got a lengthy blog post in draft about it that I never quite finished, so maybe I’ll dust that off and publish that in the next couple of days.

Anyway, I enjoyed 2.22 and if you liked The Woman In Black or Jeremy Dyson and Andy Nyman’s Ghost Stories production you’ll like this.

by Martin Belam, August 26, 2021
I do live blogging, news stories and quizzes at the Guardian, and help cover Eurovision and Doctor Who for them too. As a journalist and designer I’ve spent over twenty years building digital products for the likes of Sony, Guardian, BBC, Natural History Museum and Reach. You can contact me at martin.belam@theguardian.com. Sign up to get my blog posts sent to you via email.
← Sign up for my Paralympics newsletter for the Guardian
Thoughts on … Doctor Who: The Web of Fear (1968 and 2021) →