Ron wants to be sure that you didn’t miss this week’s Guardian Thursday quiz: Leo’s home, Italian kings and Tom’s Diner – take the Thursday quiz

Sarah Drummond is making a short film about the impact on people from Section 28, both about their experience during the implementation of the law and the longer term impact post abolishment. She is currently in the early research phase and has a form where you can get in touch with her.

Sharando Aldis writes Excluded, Exploited, Escaped, about how easy it is for kids excluded from school to get dragged into selling drugs.

“Working for a ransomware gang is surprisingly mundane, according to these leaks” – Danny Palmer at ZDNet writes about how someone leaked months of Conti ransomware gang internal chat logs, which show the day-to-day reality of its operations.

“Gannett owns USA Today as well as news outlets in 46 US states … advertisers thought they were buying an ad on one Gannett site—very often the flagship USA Today—but actually purchased space on another, such as one of its many local outlets … The error was added to Gannett’s ad systems by one of its employees in May 2021, and was detected and corrected by the company on March 4 as it worked with a partner to integrate new technology.”

There are some absolutely galaxy-brain takes out there that all these stories linking Roman Abramovich, the former Governor of Chukotka, with corruption are coming out in the media now because of some obvious narrative collusion between government/media/oligarchs etc etc rather than, say, he suddenly can’t employ the most expensive most intimidating legal tactics to effectively suppress the publication of these stories anymore ¯\_(ツ)_/¯

This week, founding members of the European Super LeagueTM Chelsea tried to get their FA Cup match with Middlesbrough played behind closed doors for “reasons of sporting integrity”. That would have punished Middlesbrough financially, and banned their fans from their stadium, all for the sanctions that have been imposed on the London club. When people show you who they are, believe them.

Jonathan Liew writes like how I can only dream of writing:

“Now, as it turns out, an entire country can be wiped from the sporting map almost overnight if the will is there to do it. And for political reasons, rather than anything it has done on the field of play. This was possible all along! Why, then, was Russia allowed to host the 2018 Fifa World Cup? Why was the genocidal regime in China rewarded with this year’s Winter Olympics? Why have abusive governments in the United Arab Emirates and Saudi Arabia been allowed to own football clubs and cycling teams? Why is this year’s World Cup in Qatar?”

“Should it take a war to show that sport and politics are forever linked?”

It’s a video of a crow appearing to deliberately and repeatedly snowboard down a roof using a plastic cup lid or something for the LOLs. Thank me later.

This is long but I do not think I can ever read enough about Crossrail.

“What gets built is not theoretically the best solution, but the most likely to be achieved in the circumstances. It is never really possible to know, once it’s built, how a given project would compare with imaginary alternatives. So maybe there is a better, smarter £18bn theoretical transport project than the one that is about to open, that will never be seen. But, for now, the natural reaction to Crossrail is to be deeply impressed.”

The people moaning about the cost and the delays would never have built the east or west coast mainlines in this country. “Does anybody *really* need to go through Carlisle etc etc”

It was a lovely old sunny day in London Town on Friday, and with the day to myself, I went to the middle of nowhere to watch some people building a brand new London Overground station. 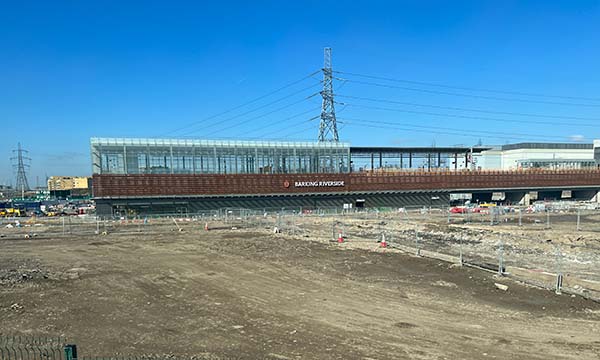 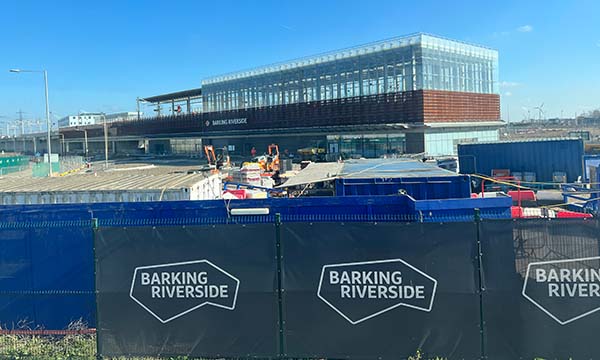 I suspect Barking Riverside won’t look quite so massive once they remember to actually build anything remotely near to it.

TWITTER ACCOUNT OF THE WEEK: @dogsdoingthings – it isn’t actually pictures of dogs doing things, it is short cryptic descriptions of dogs doing things that would be weird and disturbing like “Dogs bursting into the shared Google doc like Cosmo Kramer” or “Dogs firing a shotgun at an inbox full of emails.”

I know, I know, hate the game not the player but fuck PlayStation 5 scalpers into the salted earth:

“Jack Bayliss is a 24-year-old former investment banker who started reselling six years ago. His profit margins were huge – sometimes he would buy Yeezy trainers for £150 and sell them for up to £1,000. He decided to quit his day job and start Aftermarket Arbitrage – a reselling company that teaches others how to scalp. Through subscriptions alone, Mr Bayliss says he has made £456,000 in revenue since starting the company 18 months ago.”

I feel like that was a Ratner moment for P&O this week. Can’t imagine any circumstance where I’d ever use their services again. Mind you, every time I think surely people will see through this all now, absolutely nothing happens:

“Sources at the DfT said the department was made aware of the impending mass sackings and suspension of ferry services on Wednesday night. Boris Johnson’s official spokesman had said on Thursday: ‘We weren’t given any notice to this.'”

Government knew of P&O sackings the day before, No 10 admits

80% of UK police accused of domestic abuse kept jobs, figures show – not so much one rotten apple spoiling the barrel as a rotten barrel full stop.

DOCTOR WHO CORNER: They’ve added some Doctor Who stuff into Fortnight and the comments underneath all the official posts about it are full of entitled man-babies absolutely furious that the BBC hasn’t made an open-world multi-dimensional AAA RPG etc etc …

Why I can never give up Twitter, example #1057. One person in this thread has remastered and remixed this Beatles recording from the original master tapes. The other … not so much. 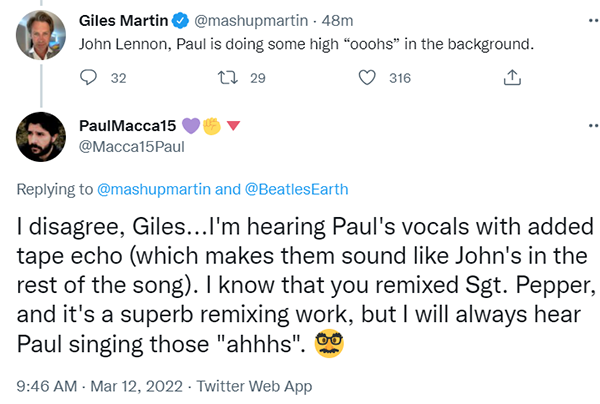 This bit from Wet Leg’s Angelica:

is very much from the Martin L Gore school of “houses/trousers” rhyming couplets isn’t it?

I really like it though – it’s one of the tracks when I saw them and had never heard it before and was like “Oh yeah, there’s a bit more to them than those two singles isn’t there”, reminds me of early Blur in a good way.

Great footage of Sister Rosetta Tharpe, the “godmother of rock’n’roll”, playing at a train station in 1964.

I make 80s-sounding electronic music about ghosts as m-orchestra, and you can find it on Bandcamp, Spotify, and all good electronic streaming services. PaulMacca15 probably knows better than me how I recorded them.

I’ve got a new 7-track 21 minute mini-LP coming out next month. There’s a song about a magic candle made of human fat, and one about a spirit waiting to drown you. There’s one about a werewulfe, and one about a man who has slipped back in time, and there’s even *gasp* a bit of me singing on it …

by Martin Belam, March 18, 2022
I do live blogging, news stories and quizzes at the Guardian, and help cover Eurovision and Doctor Who for them too. As a journalist and designer I’ve spent over twenty years building digital products for the likes of Sony, Guardian, BBC, Natural History Museum and Reach. You can contact me at martin.belam@theguardian.com. Sign up to get my blog posts sent to you via email.
← The strange comfort of being future isotypes
Friday Reading S13E11 →