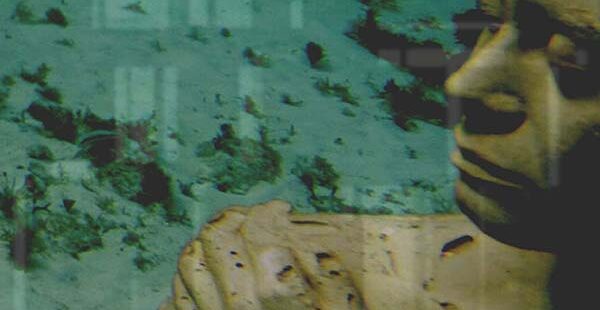 I’ve released Care/Harm by m-orchestra today – some more of my Fortean electronica. It isn’t really an album, because it is only 21 minutes long. And it isn’t really an EP, because it has seven tracks. I guess if I had been pressing it on vinyl I would have probably done it as a 10″ with an old-style 1986 sticker on it saying “A 21 minute 7 track mini-LP. Pay no more than £3.29 in Our Price”. Anyway, you can listen to it here, and here’s a breakdown of the tracks.

The spirit of dark and lonely water waits for the foolish and the unwary, in order to drag to them to their doom 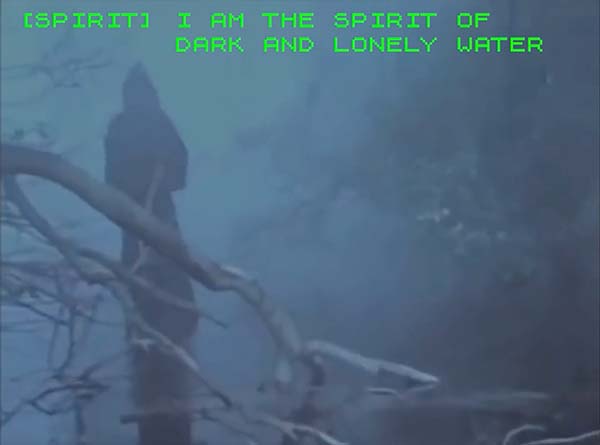 The music of the track itself is actually a couple of years old. When I’d got m-orchestra back into action and had been making ghost tunes for a little bit, Waltham Forest was about to become the first ever London Borough of Culture in 2019. I put together an application with the idea that they would match me with a local filmmaker, I’d find some people in the borough who had experienced the paranormal, I’d interview them and we’d film the interviews, and then those would become the vocals on the track, and then I’d perform them live somewhere in the borough. I made about 22 little snippets of demo music to go with the application.

I still think it was a great idea, but essentially I got to the point where I thought “if you apply for this, and they give you some money to do it, you’ve basically turned your hobby into a job and you’ll have to project manage and deliver it to a deadline” so I shelved the idea.

But I also shelved the folder with the demos until earlier this year when I was doing an audit of what was in my unfinished folder, and this stood out as something that shouldn’t have been dropped. The voice is from an old public information film about the dangers to kids of drowning, it’s all very Scarfolk Council, and maybe one of the more recognisable and obvious choices of source material I’ve used, but in the video I’ve married it with amateur footage that purports to be real sightings of mermaids, and I like the way that visually brings together the idea that the Fortean danger in the water might be beautiful and not just a sinister man in a 1970s grim reaper costume. 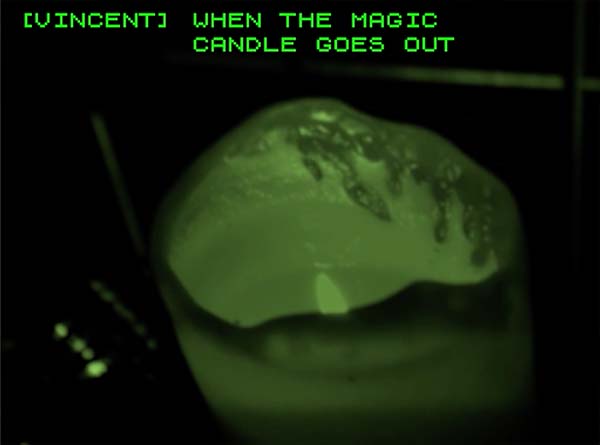 I’ve got unreleased tracks I’ve played live that feature Christopher Lee – Master of the Temple and Flinch – and a song about Peter Cushing featuring Peter Cushing called Peter Cushing, but this one ticks off Vincent Price on my horror-superstars-do-m-orchestra list. The vocals are from an old vinyl LP of Price telling ghost and horror stories. I like this because the fact that the candle is of human tallow contains in itself an entire back-story that we never get to hear, and also the way that Price just naturally assumes by the end that, should you come across cursed spirits of the dead while stealing the treasure they are guarding, it is naturally your duty to help them. 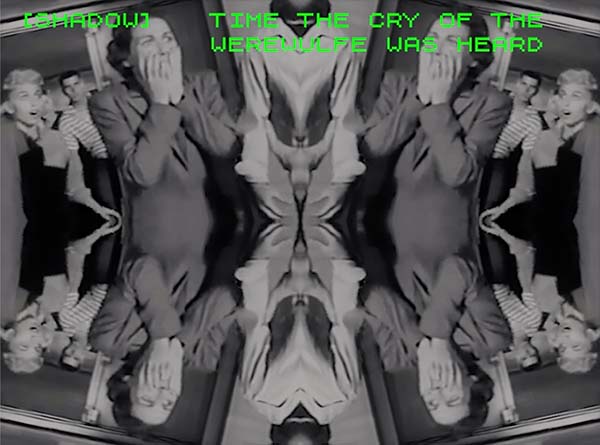 The story is from a 1940s episode of the radio drama that used to feature ‘The Shadow’. In it a man is being tortured by the knowledge that his son has been killing young women in the guise of a wulfe, he has researched it, and knows that the insanity runs in his family, via his late wife. For the video I used clips of schlocky pulp movie “I Was A Teenage Werewolf”.

I’ve always loved the way that My Bloody Valentine made the reverb and echos on guitars deviate in tuning from the original sound, and used to spend ages in the cassette 4-track era trying different overdub and varispeed techniques to emulate it. This track has a really nice motorik beat and I’m really pleased with the way that the keyboard parts gradually detune themselves in that MBV way, making it sound quite disorientating, as if something has gone wrong with your turntable’s playback speed.

The sound inside the heads of those afflicted by the wulfe

This is an instrumental that is another one of the tracks – like Tallow and All Unplugged But Still Humming – that started off being written on bass guitar rather than the laptop. I like to imagine the pulsing towards the end is what the banging sounds like in your head as you succumb to being the wulfe, eventually greying out. It is quite unusual among m-orchestra tracks these days because there is no video and I’ve no idea how I would attempt to carry it off live. 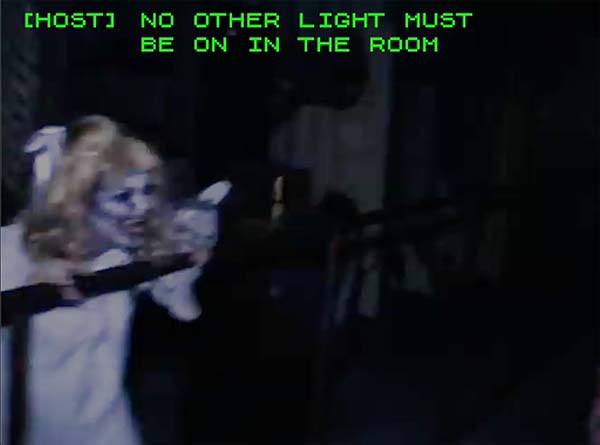 This is one of two tracks on Care/Harm that I recorded especially for The Home-Brew Electronica Show after Kev Grosvenor (Loopingstar) invited me to do a Halloween session for his Homebrew Horrorthon 2 podcast last year – the other is Tallow.

The voice sample comes from an actually really terrible old 60s vinyl LP of Halloween ghost stories, one side of which possibly put the seed of Scooby Doo into someone’s mind, cos it is about a bunch of teens stumbling around a haunted house, but I liked this bit of the inter-linking narrator being very firm with exactly how you are to do a seance.

6. All Unplugged But Still Humming 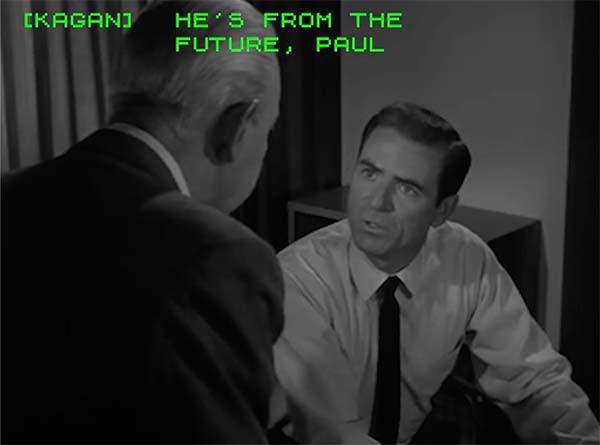 This has a real sludge undertow to it, and the vocal samples are deliberately obscured to make it harder to get a handle on the story.

It is actually two different stories from 1960s episodes of The Outer Limits merged together. One is about decoding the language and story of a soldier who has been thrown back from the future, the other is about an alien distributing on Earth machines that allow you to spy on what people are thinking which creates fear, distrust and anger, which the aliens hope to exploit.

At one point he says the machines will “create such rifts and tensions in your society that no one will be able to repair them” and it makes me think of being able to hear what people are thinking all the time on social media.

“Oh my love, you fall into my broken arms. You touch me and turn care to harm.”

I think this is the first track I’ve released with sung vocals by me on it since 2002 or something. I was just trying to hum a melody line for it, and words blurted out. I’d had the title “Care/Harm” on my long list of possible titles for ages, and so while it essentially started off as some quite lovely words, remembering that title “Care/Harm” it became something rather darker. It is only 17 words but two complete stories.

Care/Harm is available now on Bandcamp and other digital streaming platforms. Other TV listings magazines are available.

by Martin Belam, April 12, 2022
I do live blogging, news stories and quizzes at the Guardian, and help cover Eurovision and Doctor Who for them too. As a journalist and designer I’ve spent over twenty years building digital products for the likes of Sony, Guardian, BBC, Natural History Museum and Reach. You can contact me at martin.belam@theguardian.com. Sign up to get my blog posts sent to you via email.
← Friday Reading’s unluckiest ever episode S13E13
Good Friday Reading S13E14 →