[This is the first in an occasional series where I ramble at length and without much focus about an old episode of Doctor Who what I have just watched on my tellybox. Lucky, lucky you]

I watched 1968 Doctor Who story ‘The Invasion’ the other week. I’ve had an odd relationship with the story. Despite being a huge fan of Troughton’s Doctor, and having had it on DVD for donkey’s years I don’t think I’d ever watched it all the way through before. It’s generally well regarded, but something about it never quite clicked for me. It’s very slow, and I originally watched bits of it in the wrong order.

Way back when, a friend of mine slipped me a DVD that had burnt on to it the two recreated animated episodes one and four. I think at the time I hadn’t even known that it was slated to be completed and released on DVD. Obviously I devoured them. I wasn’t as strict as I am now about missing episodes. 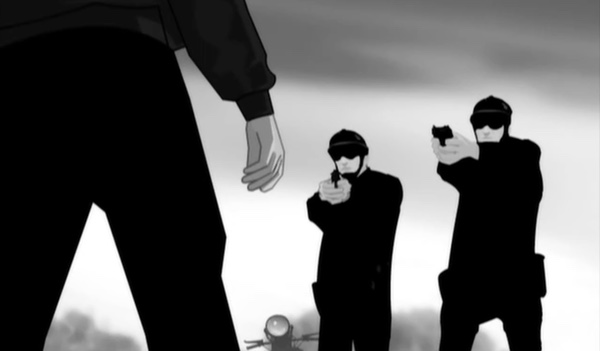 It is generally my policy now – unless I’d read the Target book as a kid – to avoid soundtracks, novelisatons, reconstructions of missing episodes on the off-chance they turn up, or get animated or recreated. It worked for Reign of Terror, Mission To The Unknown, Enemy of the World, Power of the Daleks and The Macra Terror, all of which I managed to watch as if they were brand new stories beyond knowing “It’s in France”, “It’s the one with the giant shouty crabs” etc. And it just worked for Fury From The Deep too, which I was lucky enough to review for the Guardian.

But back to The Invasion. It is of course rightly regarded as a template for the Pertwee-era. A lengthy convoluted plot to take over the world that needs the military muscle of UNIT alongside the alien guile of the Doctor to be defeated. It strikes me that a lot of the scenes that in the early 70s would have been long ACTION BY HAVOC! sequences are dealt with by having the Brigadier barking “+++ Have your men surrounded the building and taken it over amid lots of smoke and whizzbangs and for some reason doing somersaults into sand-bags? Yes? Good-oh +++” into the weird prototype Blankety-Blank microphone he is holding half the time. 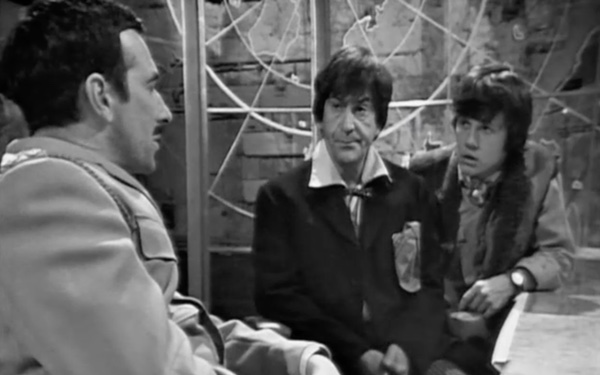 The Brigadier, Doctor and Jamie at UNIT HQ

Except for the episode where they’ve hired the helicopter, where you feel like every single scene there’s someone shouting “We’ve used all the budget on the helicopter, this scene needs more helicopter!!!” at the director. 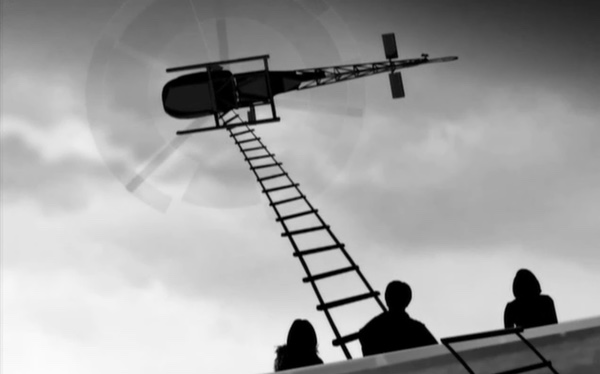 The helicopter attempting to steal every scene in Part Four

There’s a scene that’s often used in a montage of sexist bits of Doctor Who, where one of the soldiers says of Zoe something along the lines of “She’s prettier than a computer, can’t we keep her?”. It’s only really sexist when used out of context though. It’s quite clear in the episode that Zoe has just saved the day with her maths skills, and the guy is being an absolute golf club bore about the whole thing. 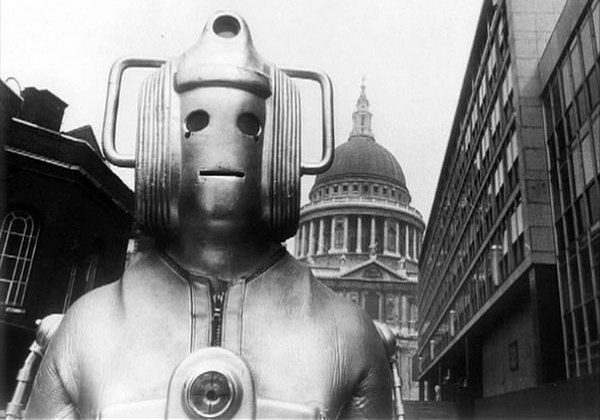 I say elusive Cybermen, because that’s another thing about this story. The location shots of the Cybermen maurauding around by St Pauls and emerging from the sewers are what makes this story famous, but they are hardly on-screen at all. My 7 year old watched a couple of the episodes with me one night when we were tucked up in bed in the loft room, because he wouldn’t go to bed on his own. “Yes you can snuggle up on the sofa bed together because you are lonely, son, but you have to watch creepy 1960s Doctor Who as well. I don’t make the rules etc etc”

Anyway I ended up apologising to him because the Cybermen don’t even appear until the climax of part four in an eight part story. It feels a bit like Dark Water in that sense, that the final confirmation that the monster really is the Cybermen would be an incredible jaw-dropping reveal if the Radio Times hadn’t had “THE CYBERMEN ARE BACK” plastered all over its cover for several weeks. 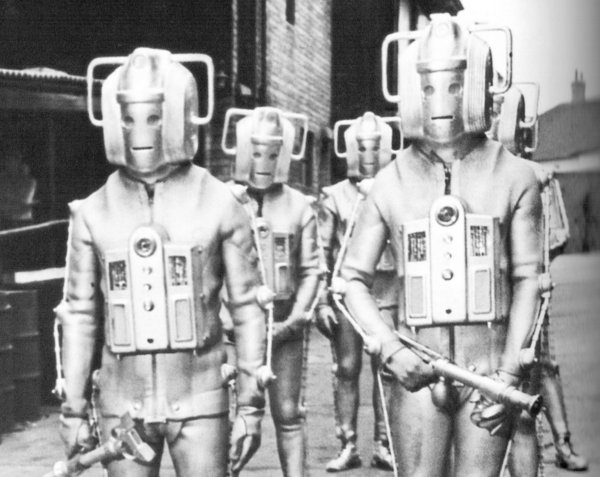 All-in-all I feel like The Invasion has arrived at all the parts that are going to make a cracking earthbound Doctor Who story featuring UNIT for Jon Pertwee, but haven’t quite assembled them into the right order yet.

I watched a few of the special features on the DVD, again reminding me why I seldom watch the special features. Not because they haven’t been done with great care and great love – especially the one I am in – but because in the end I’ve just come to realise that mostly I enjoy the mystery of not knowing how things were made, whether that is how they reached the screen or how particular albums are recorded.

I didn’t used to watch Doctor Who Confidential when it was on straight after the show for just that reason, that it immediately broke the fourth wall – oh, there’s the prop guy pointing out that such-and-such is just a spray-painted household object etc.

The Invasion documentary feature is great though, with lots of fab interview clips with Frazer Hines and Wendy Padbury and Sally Faulkner looking so young still it as if she was being interviewed a decade after the show was made rather than more than three decades after.

And then there’s Kevin Stoney. He plays Tobias Vaughn in the story, one of the best-crafted and best acted villains of sixties Doctor Who. He is a ruthless megalomaniac who is cruel and charming, utterly ruthless and who has quite the temper. Even his redemption arc is tempered by the fact that gloriously he only does the right thing in the end out of absolute spite. 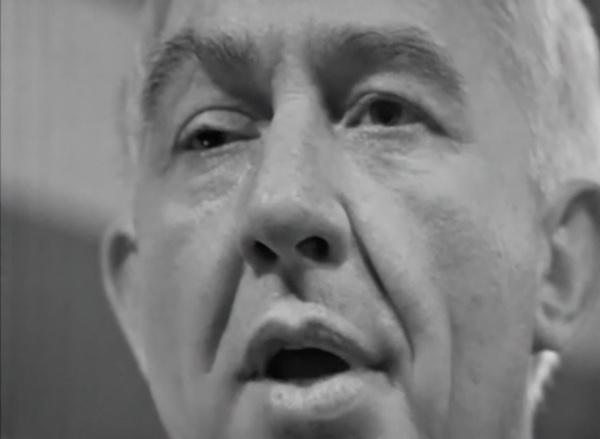 And then in the doco Kevin Stoney, bless him, is just an absolutely loveable giggling old granddad. I’ll never look at Vaughn the same way again. 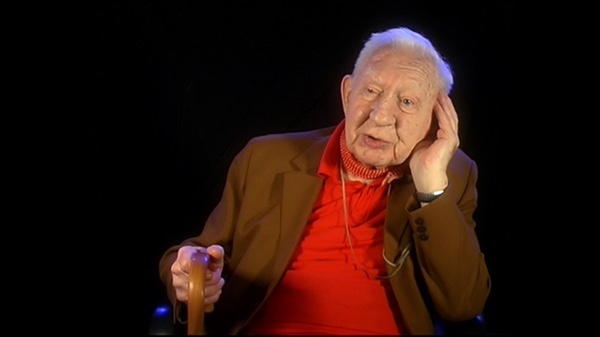 When it was released on VHS, they didn’t recreate the missing episodes. Instead Nicholas Courtney was dragged out of retirement and plopped down in front of an autocue to do some linking narration. The home video releases were produced by John Nathan-Turner and were always, I feel, a bit of a jumbled mess unsure who they were marketed at. Casual nostalgia was not going to see people pony up the prices of early home VHS releases, but equally they were made with an audience who weren’t hardcore fans in mind.

Nowhere is this more obvious than with the video links that JNT produced for the recreation of Shada featuring Tom Baker. I don’t think anybody on the set making that video feature is clear whether Baker is meant to be in character or reminiscing about his time on the show. 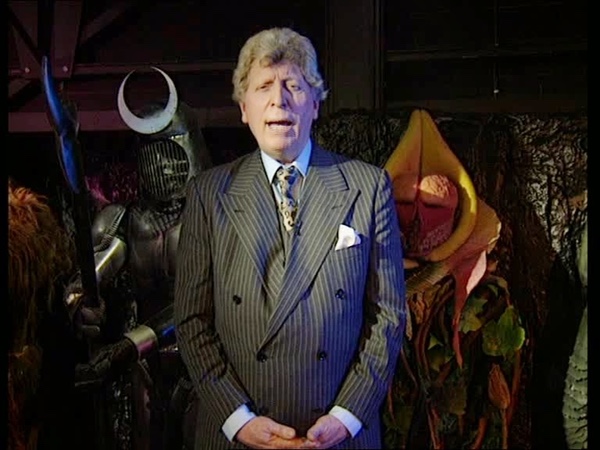 Tom Baker doing the VHS links for Shada, sort of in character, but not entirely

Other attempts, say with William Russell on the Crusade VHS release, are much firmer that Russell is in character. Although this now contradicts the in-show continuity established by the Sarah Jane Adventures that Ian ended up a professor at Cambridge who hadn’t aged since the 60s (presumably as a side-effect of using the Dalek’s time machine to return to “LONDON, 1965!”) 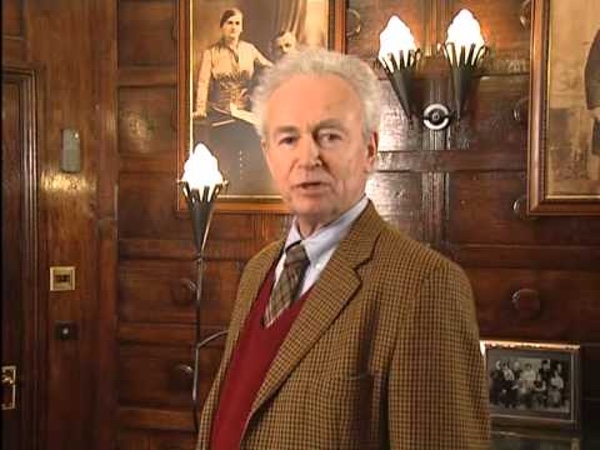 William Russell as Ian Chesterton on the The Crusade VHS release

For the Invasion VHS, likewise Courtney is neither Arthur-nor-Martha. It is obvious that he is the Brigadier, but he talks about the show as a TV production. But the main thing about these VHS links, which are included as extra features on the DVD is their brevity. 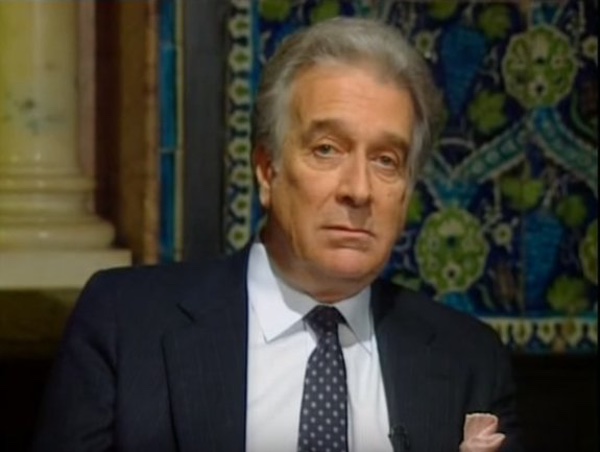 It’s kind of telling that if you can introduce part five of a story by describing part four as “The Doctor doesn’t believe Jamie that something was moving inside the containers, then they rescue Zoe and Isobel in a helicopter”, part four really hasn’t been the most compelling plot-driven bit of TV has it?

There is still much to recommend this story. The idea of using emotions as a weapon against the Cybermen is better realised than it has been sometimes, the location shoots of them invading London are gorgeous, and who doesn’t love a story that features a mad professor who also happens to have a glamorous niece in a micro-skirt? The colour shots that survive from the production make it look like Zoe and Isobel’s costumes were SPEC-TAC-U-LAR and as Padbury observes in the doco, it was enjoyable for her to be part of a double-act with another woman for a change in sixties Who. 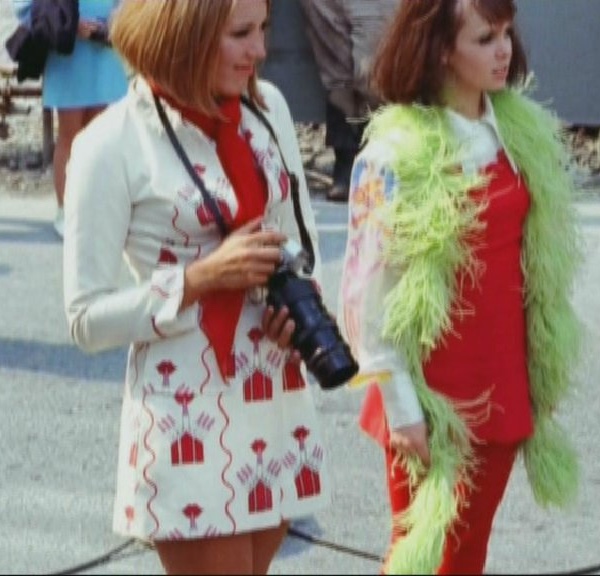 I suppose in the end my question is whether this story is looked on more fondly because Lethbridge-Stewart and Benton become recurring characters later on, rather than because of some of the qualities inherent in the story. Corporal Jack Tracy and whatever-the-other-non-recurring-UNIT-bod-is-called don’t evoke anywhere near the same feelings when they appear on-screen. It’s a 3/5 story for me I think.

by Martin Belam, September 17, 2020
I do live blogging, news stories and quizzes at the Guardian, and help cover Eurovision and Doctor Who for them too. As a journalist and designer I’ve spent over twenty years building digital products for the likes of Sony, Guardian, BBC, Natural History Museum and Reach. You can contact me at martin.belam@theguardian.com. Sign up to get my blog posts sent to you via email.
← Friday Reading S10E04
Friday Reading S10E05 →