It’s back. My weekly newsletter of … things what I found interesting this week. Subscribe to it here.

Long and thoughtful and I don’t 100% agree with it from James Fallows on how the press hasn’t broken its most destructive habits when it comes to covering Donald Trump, although I suspect I’m guilty of at least some of it.

“The Media Learned Nothing From 2016” – James Fallows, The Atlantic

My colleague Eleni Stefanou shared with Facebook how she and her peeps absolutely turbo-charged the Guardian’s Instagram account and boosted it by 1.3 million followers in a year, giving the Guardian an audience on the platform where 60% of the followers are the elusive under 34 year old audience.

In the three years I’ve spent at Facebook, I’ve found multiple blatant attempts by foreign national governments to abuse our platform on vast scales to mislead their own citizenry, and caused international news on multiple occasions. I have personally made decisions that affected national presidents without oversight, and taken action to enforce against so many prominent politicians globally that I’ve lost count.

“I have blood on my hands”: A whistleblower says Facebook ignored global political manipulation

As I watch the trailer for the forthcoming documentary Never Again?, it’s strange to hear myself talking about how I hated America and believed the Jews were responsible for all the evil in the world. But that was the reality of the person I was—a person I would be forced to confront during the making of this film. As I traveled to places of once-great significance in my life, especially after a long day of shooting, I became, in some ways, a spectator to my own life. I would remember the moments and details that led me into that darkest corner of the human mind, where one sheds any pretense of basic humanity in pursuit of an unjust and evil cause.

I had a lot of questions after reading this, but the thing of course that struck me is how similar the process of radicalisation is whether it is militant Islamists or militant boogaloo bois and Qheads.

“There wasn’t anyone to talk to and I remember thinking the best way to celebrate was to make a curry, so I drove off to Sainsbury’s”

Amazing discovery that there might be some signs of life on Venus. It makes me think that by the time I die, we may have discovered that the solar system, never mind the universe at large, is actually teeming with biological processes that we consider to be ‘life’.

A word of caution though – I’ve seen some skepticism expressed about this finding.

ALMA observatory scientist John Carpenter is skeptical that the phosphine observations themselves are real. The signal is faint, and the team needed to perform an extensive amount of processing to pull it from the data returned by the telescopes. That processing, he says, may have returned an artificial signal at the same frequency as phosphine. He also notes that the standard for remote molecular identification involves detecting multiple fingerprints for the same molecule, which show up at different frequencies on the electromagnetic spectrum. That’s something that the team has not yet done with phosphine.

USB-C was supposed to simplify our lives. Instead, it’s a total mess. A mix of hidden standards make the ubiquitous cable a pain to deal with. Oh. 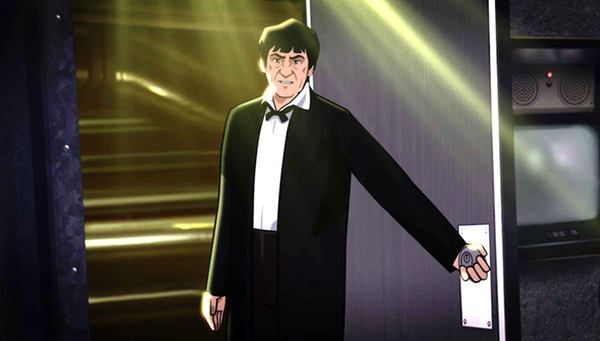 There’s a new reconstructed Doctor Who animation out – Fury From The Deep. I didn’t know anything about it except that it was “the seaweed one” so I got to watch it like a brand new adventure, and have obviously reviewed it for the Guardian.

I’m currently very short-tempered with Doctor Who fandom but was absolutely blown away by a review of the recent Power of The Daleks special edition where someone is complaining that Patrick Troughton no longer has checked trousers in it.

“They can’t use the BBC as an excuse this time, admitting that CHEQUERED PANTS are something they find hard to animate, well, if you arn’t upto the job let a different company try. Walt Disney was animating 7 blooming dwarves in one scene, dancing about, 83 years ago, if they cant do a few seconds of Patrick in snazzy pants dancing…I despair.”

I mean, Snow White had 1,400 animators, took three years, and cost of $1.5m at 1937 prices, but sure, go off mate that this isn’t the budget for a Doctor Who animation that is going to sell a few thousand copies…

CLARIFICATION: I am currently short-tempered with everything.

This is an incredible story and I am furious about it.

On 8 March 2006, Allen arrived at the Treasury with a dossier of his own painstaking research. He had placed test orders at several large retailers, including HMV, Amazon, Tesco and Play.com. Each order was for an item he sold at the Freak Emporium, so he could confirm the wholesale price; each showed that it was impossible to make a profit against a rival who was not paying sales tax. He even had a distributor who could prove to the government that offshore companies were using “circular shipping” – sending products to the islands and back – rather than selling stock they actually kept in their warehouses.

Like John Biggs before him, Allen imagined that the abuse of the system was so obvious that it would be immediately curtailed. But to his amazement, a senior indirect tax adviser at the Treasury responded by telling Allen that he didn’t see this as an issue, because the trend was that people were downloading music. At the time, 96 per cent of music was sold on physical media. CDs continue to outsell downloads (which have been largely replaced by streaming) even today – and technology has yet to provide a means to download printer cartridges, cut flowers, cosmetics, toys or multivitamins.

New Statesman – The record shop, the taxman and the missing billions

Change of mood. This is adorable. I am a pair of glasses. I belong to the England cricketer Jack Leach by Rebecca Close, aged 9.

I’ll just say it again for the hard of thinking at the back: IF YOU HAVE WRITTEN AN ARTICLE FOR A NATIONAL NEWSPAPER ABOUT HOW YOU HAVE BEEN ‘CANCELLED’, THEN YOU HAVE NOT BEEN CANCELLED.

Incredible stat in this:

Earlier in September, Lego reported a 7% global sales rise year on year in the first six months of 2020 due to more families playing together during lockdown and “more adults than ever before” buying its harder-to-build sets.

Lego to switch to eco-friendly paper bags in its packaging

NPR and PBS Frontline spent months digging into internal industry documents and interviewing top former officials. We found that the industry sold the public on an idea it knew wouldn’t work — that the majority of plastic could be, and would be, recycled — all while making billions of dollars selling the world new plastic.

“How Big Oil™️ misled the public into believing plastic would be recycled” – Laura Sullivan, NPR

Ofcom officially telling boring old racists to go and fuckin’ do one.

There are about 250 care farms operating in the UK. They typically offer farming-related activities including animal and plant husbandry, horticulture and land management. Increasingly GPs or community mental health workers can prescribe these farms as part of a care package. Future Roots, like other care farms, has a range of programmes that cater to people with learning difficulties, mental health issues and physical disabilities.

“From tearaways to tractor kids: putting down roots on a care farm” – Daniel Lavelle

These ‘anti-procrastination’ smart glasses use AI to monitor what you look at all day and ping you when you’re getting distracted and can fuck right off and then fuck off some more.

I began to see Enya everywhere. And as I did, I came to think of her like a Rosetta Stone for a particular thread of modern pop—music that is slow and hypnotic and restorative, with operatic melancholy, solitary strength, and a discernibly feminine sense of craft. Natalie Mering, who records as Weyes Blood, has called Enya a “matriarchal force.”

I’m not a big Enya fan myself particularly but I very much enjoyed this essay which is written with a great deal of love and enthusiasm and quotes some great contemporary artists praising her to high heaven.

“Enya is everywhere: How the unlikely star became a phenomenon hidden in pop-cultural plain sight, influencing a generation of groundbreaking artists” – Jenn Pelly

I make cursed electronic music about the paranormal and on Thursday night I did a live-streaming set on Facebook which you can watch here. 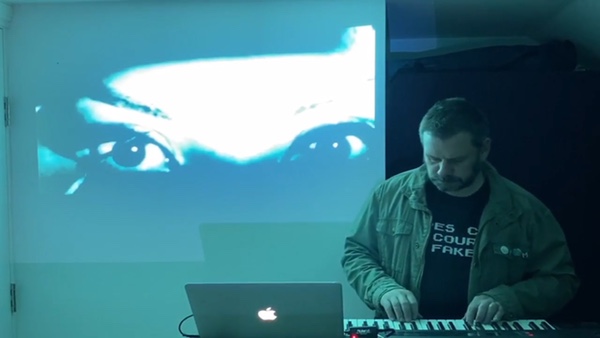 by Martin Belam, September 18, 2020
I do live blogging, news stories and quizzes at the Guardian, and help cover Eurovision and Doctor Who for them too. As a journalist and designer I’ve spent over twenty years building digital products for the likes of Sony, Guardian, BBC, Natural History Museum and Reach. You can contact me at martin.belam@theguardian.com. Sign up to get my blog posts sent to you via email.
← Thoughts on … Doctor Who: The Invasion (1968)
Anneliese Michel →