There’s some great but poignant lines in this exit interview with Phoebe Gavin:

“I think having such a winding road to journalism has allowed me to keep it at a healthy distance from my identity. It’s always been what I do. It’s never become who I am.”

And the infuriatingly all-too-familiar industry tale…

I dread to think how many thousands of my words Yahoo! has deleted over the years…

“Yahoo, the Destroyer – How the historic company became known as a bumbling villain of internet culture” – Kaitlyn Tiffany, The Atlantic

Basecamp? Binfirecamp more like, amirite? I cannot stress enough: saying that you want to take a neutral stance and therefore there should be no politics discussed at work is not a neutral stance, you morons.

One of the things I like about working at the Guardian is that we have the office of the Readers’ Editor to mediate complaints. Elisabeth Ribbans is interviewed about the role here:

“Nothing escapes the avid attention of a Guardian reader somewhere in the world. That readers still want to speak directly to us in ever-increasing numbers. And whether they come in rage or praise, with humour or stony faces, their input ultimately makes the Guardian better.”

Rest assured dear reader of this blog/newsletter, that having covered US politics and coronavirus for our live blogs this past year, I and my inbox are very well acquainted with many of our readers’ most passionately held views about my journalism.

There’s some really great sentences in this recount of the last 12 months:

“There are plague raves … There are underground hairdressers … The government fixes homelessness for a while … A lot of people now discover working from home, and society more or less accommodates it. It is odd to see your way of life written about in a thousand articles as the new hot thing … You are awed by the inability of human beings to perform reasonable risk assessments … You instinctively flinch when you see people too close together on television, and then you remind yourself that they’re not people but cartoon horses from 2016.”

“However, Apple declined to answer any of our specific questions, including whether the company consulted domestic violence organizations when designing AirTags and why they did not extend full AirTag protections to Android users. They also declined to address how domestic abusers might exploit AirTags to harass people close to them.”

The New York Times covered the tenth anniversary of #EdBallsDay and I note it quoting internet legend Marie Le Conte pouring cold water on the tradition – I feel so let down. Incidentally the Ed Balls photo-essay for the Mirror is about the only bit of UsVsTh3m that still exists. Shhhhhh. Don’t tell them.

I had no choice but to post this excerpt:

“Peer over the precipice of the free will debate for a while, and you begin to appreciate how an already psychologically vulnerable person might be nudged into a breakdown, as was apparently the case with Strawson’s email correspondents. Harris has taken to prefacing his podcasts on free will with disclaimers, urging those who find the topic emotionally distressing to give them a miss. And Saul Smilansky, a professor of philosophy, who believes the popular notion of free will is a mistake, told me that if a graduate student who was prone to depression sought to study the subject with him, he would try to dissuade them. ‘Look, I’m naturally a buoyant person,’ he said. ‘I have the mentality of a village idiot: it’s easy to make me happy. Nevertheless, the free will problem is really depressing if you take it seriously. It hasn’t made me happy, and in retrospect, if I were at graduate school again, maybe a different topic would have been preferable.'”

“The clockwork universe: is free will an illusion?” – Oliver Burkeman

The renewed Covid outbreak in India has hit close to home at the Guardian:

“Michael Safi, a former Delhi correspondent for the Guardian, said: ‘There was barely a story we produced from India that didn’t have Kakoli’s fingerprints on it. She was a brilliant journalist who was extraordinarily resourceful and could talk her way past anyone. More than that, she was a truly decent person – humble, kind and loyal.'”

Friendless Churches care for redundant but beautiful places of worship in England & Wales, they have a fascinating Twitter feed and other things.

DO MY QUIZ!!! – if you didn’t already do it when I wrote about it yesterday.

Blake’s 7, Sapphire and Steel, Rentaghost. The holy trinity of TV shows that I would re-boot. 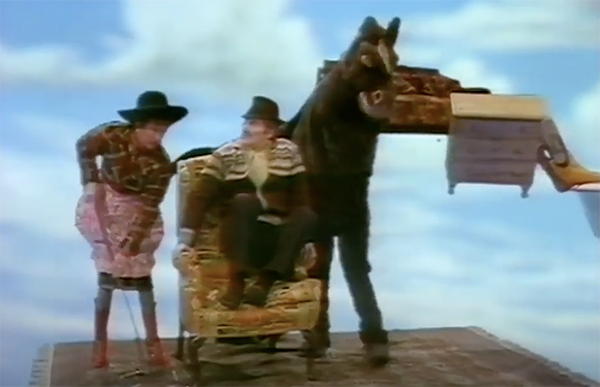 What a Pitchfork review of the new Kings of Leon album this is. Evan Rytlewski puts the boot in. Then looks down at the corpse. Waits for the crowd of Simpson’s kids to shout “He’s already dead”, and then goes in for another kicking.

The new Lisa Li-Lund album is endorsed and recommended by this newsletter.

Very pleased to say that the new M-Orchestra album, called “The Grim Circus”, will be out on all good digital platforms on 14 May. It is my first album for 16 years. 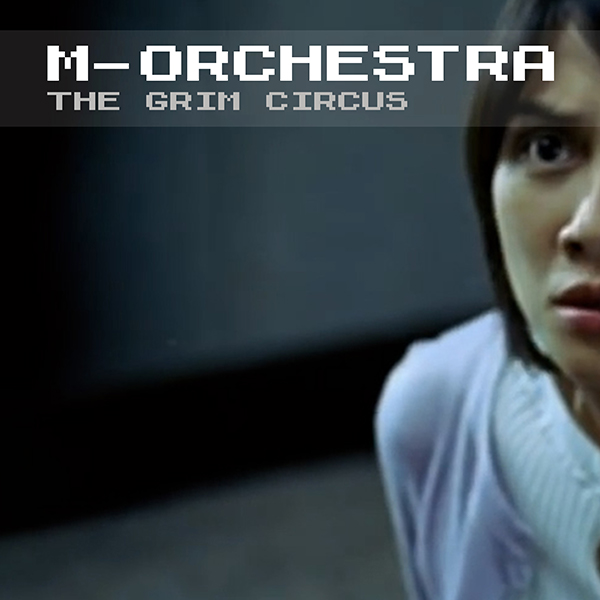 by Martin Belam, April 30, 2021
I do live blogging, news stories and quizzes at the Guardian, and help cover Eurovision and Doctor Who for them too. As a journalist and designer I’ve spent over twenty years building digital products for the likes of Sony, Guardian, BBC, Natural History Museum and Reach. You can contact me at martin.belam@theguardian.com. Sign up to get my blog posts sent to you via email.
← “DO MY QUIZ!” – a new weekly online quiz for the Guardian
A one-line review of every #TimsTwitterListeningParty I joined in April 2021 →