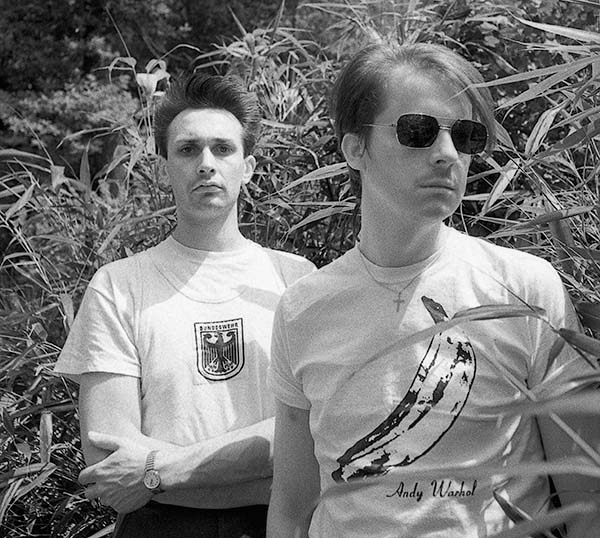 Terrible news today that Richard H Kirk of Cabaret Voltaire has died. I first got into their stuff with the Code LP in 1987, which I think many people regard as past-their-prime, but for me, with Adrian Sherwood at the controls, and Bill Nelson and Mark Brydon as additional musicians, and with François Kevorkian remixes too, it was the perfect introduction. When I was at Uni in Leeds in 1991 there were a couple of fantastic second-hand record shops near where I lived and I pretty quickly snapped up their entire back catalogue. I was lucky enough to see them together live in the early 90s, and then I saw Richard H Kirk touring again as Cabaret Voltaire in London in 2019. I’d say they were one of the most formative influences on all of the music that I have made myself over the last four decades – first Cabaret Voltaire, and then the instrumental techno albums that Richard later made under various names during the 1990s after he and Stephen stopped working together. Just an incomparable mix of avant-garde techniques, early electronics, a DIY punk ethic, and then at times a brilliant pop sensibility. We’ve lost a true legend of the UK electronic music scene today.

by Martin Belam, September 21, 2021
I do live blogging, news stories and quizzes at the Guardian, and help cover Eurovision and Doctor Who for them too. As a journalist and designer I’ve spent over twenty years building digital products for the likes of Sony, Guardian, BBC, Natural History Museum and Reach. You can contact me at martin.belam@theguardian.com. Sign up to get my blog posts sent to you via email.
← Spoiler-free review of Sparks and Leos Carax musical Annette
Friday Reading is back! [SOON] →