There’s an incredible bit in this long unhappy exit interview from Nigel Rees with the Times about why he bought Radio 4’s “Quote … Unquote” to an end which essentially boils down to, he doesn’t want to speak ill of anybody, but he was increasingly pressured to have more diverse guests rather than pick them himself on merit like he had done for the previous 1,057 years and includes, for me, this absolutely astonishing self-own.

“The BBC’s security correspondent Frank Gardner, who uses a wheelchair, was on the 500th show and was ‘wonderful’, Rees says. “He asked why he was chosen. I had to think quickly so I told him he chose himself.”

So what he was saying is, he had a guest on who uses a wheelchair, the guest was absolutely wonderful, and it was someone who he would not have considered unless he’d been pushed into looking at people in wheelchairs. And Frank was a wonderful guest. Who he would not have previously thought to consider. A wonderful guest. Who it had never previously occurred to him to ask. Who made a brilliant contribution to the show. Someone he would never have previously have thought to invite. 🤔

Wordle is amazing but Ed Jefferson’s Letterle is so on point for social media and just makes me sad that we aren’t still just routinely doing stuff like this at a media company to make the internet more fun and a nicer place to be.

This is why we can’t have nice things:

“Wordle stands out in a world of in-app purchases and loot boxes because it’s free to play, has no advertising at all, and most importantly, is played on a simple website, rather than requiring an app to be downloaded from Apple’s App Store or Google Play. A side effect of that choice, however, is that Wordle is suddenly being ripped off in app stores by other developers who smell a quick way to make money off of unsuspecting users that either don’t care or don’t know any better.”

“Wordle is being punished by app stores for choosing the open web” – Owen Williams, TechCrunch

Marie Le Conte with the inside story of 🚨🚨🚨 Politics for All, Twitter’s infamous UK news account for Vice. Jim Waterson also had a take on this: Inside the rise and fall of Politics For All.

Really great look at her career as a copy-writer from Emma Wright with lots of good advice and this fab intro:

“My career has been one big happy accident. As a child, I was obsessed with words. I dreamed of editing magazines (which, in hindsight, is kind of odd). I didn’t really have a plan, though, and was too shy to articulate those ideas at the time. Thankfully in 1997 I had a lucky break: a friend at an advertising agency invited me to do some proofreading, despite my lack of experience. A couple of months later, that experience helped get me a job churning out advertorial features for a free newspaper – which taught me how to conduct efficient phone interviews and write neat articles to really tight word counts with relentless deadlines. A year or two later I moved to a computer book publisher which gave me lots more writing experience and, more importantly, taught me how websites work.”

As someone whose own career basically sprung from the realisation while working at a record shop in the late 1990s that I could actually learn to put pages on the internet, it warmed my heart.

“So that explains how Toyota ended up in this spot. Less clear is the why. Toyota now says that lumping the key fob remote start into the subscription service wasn’t ‘intentional;’ a spokesperson told us that the majority of Toyota employees were unaware of this setup and caught off guard by our first story. Further, it claims that the key fob remote start function as it exists today (pressing the lock button three times) is more like an unofficial user hack that Toyota no longer advertises, hence the lack of a separate remote start button on the fob—and evidently its surprise at the blowback our initial report generated.”

I mean I know I am an idiot about cars, but I still don’t really understand why you would need to start the engine remotely? But this is interesting in how architecture decisions can cascade into a customer service nightmare. Toyota ‘Reviewing’ Key Fob Remote Start Subscription Plan After Massive Blowback.

I was going to write something cutting about that book by the “journalism” guy who did the fabricating quotes and the plagiarism but I lost my train of thought halfway through this sentence because of the internet or some such bullshit.

Ron wants to be sure that you didn’t miss this week’s Guardian Thursday quiz: Knights and elves and suffragettes – take the Thursday quiz

A write-up of how weirdly Fritz Lang’s Metropolis film ended up out-of-copyright and in the public domain, and then suddenly found itself back in copyright again.

Without going all QAnon about it, the BBC should have taken that Eric Gill statue of Prospero and Ariel off the front of Broadcasting House years ago.

There’s a guy I sometimes see round the pubs of Walthamstow who is a collector of antique camera equipment and photographs. There’s a whole load of his very rare early pictures of Ireland on display in Dublin at the moment, called In Our Own Image.

Talking earlier of making stupid stuff on the internet, Rob Manuel has resurrected his old game Diarrhea Dan to play on the web.

It was quite the week to be on the Guardian’s Covid live blog, eh? 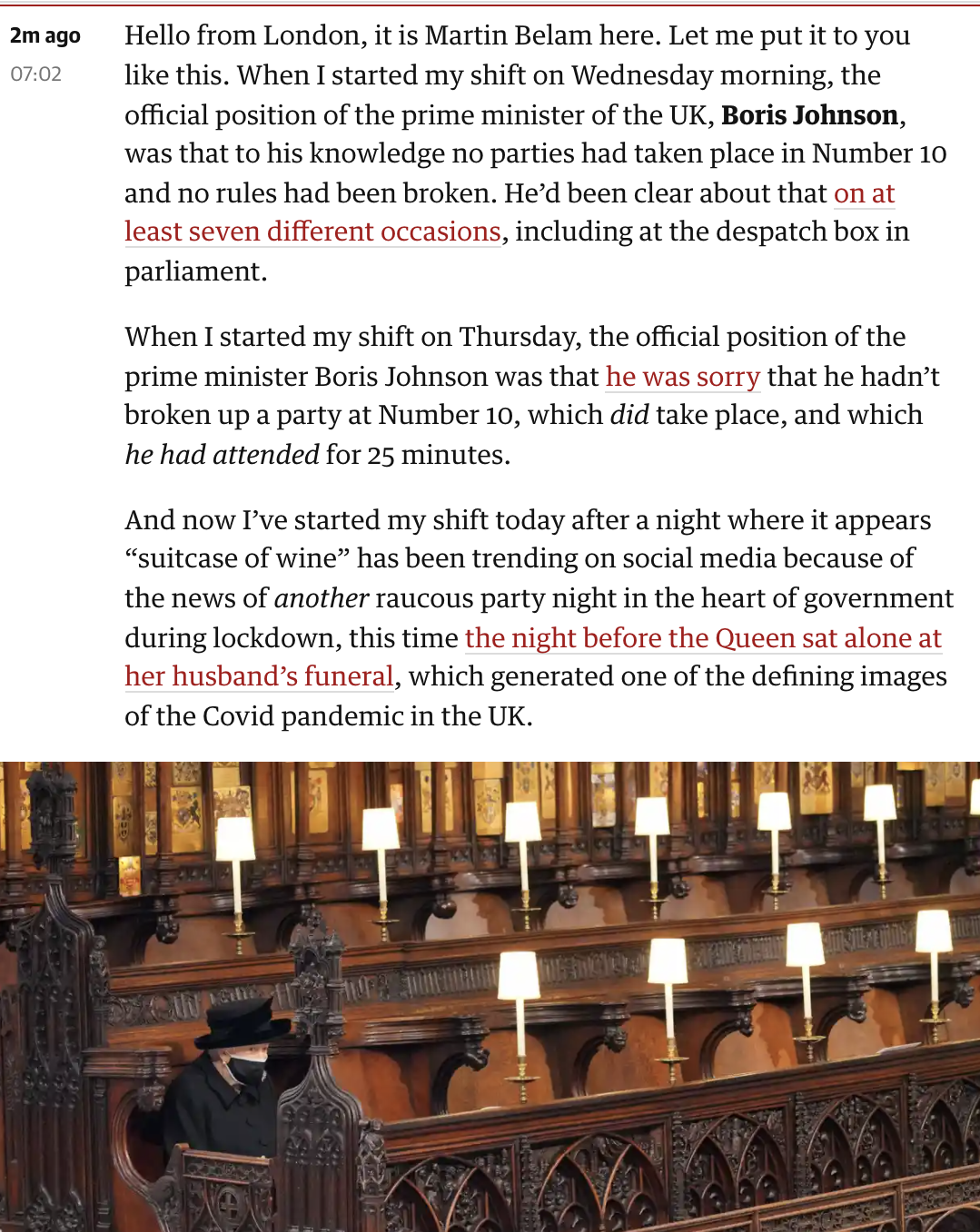 TWITTER ACCOUNT OF THE WEEK: @emotionlocation – taking its cue from Panic! At The Disco, the Emote! At The Location bot does just that. Cower! At The Spelling Bee. Wail! At The Farmer’s Market. And so on …

DOCTOR WHO CORNER: I did my recap of the new year’s special. I gave the episode a star rating for the first time. I gave it three stars, but our scale at the Guardian is very blunt. This was definitely more of a 3.75 out of 5 than a 3 out of 5.

I’m sure I wasn’t the only one watching that new version of Around The World In Eighty Days and assuming that the David Tennant character was somehow the Tenth Doctor mind-wiped/turned human/fob-watched, hence the desire to go travelling, the need to have a couple of companions with him, and his weird insights into making calculations on the force of steam trains and the volatility of petroleum.

TRACK OF THE WEEK: Symbol by Adrianne Lenker.

Our Subversive Voice is a project documenting folk protest songs in English – and they have a lot.

My dog drove the bus. 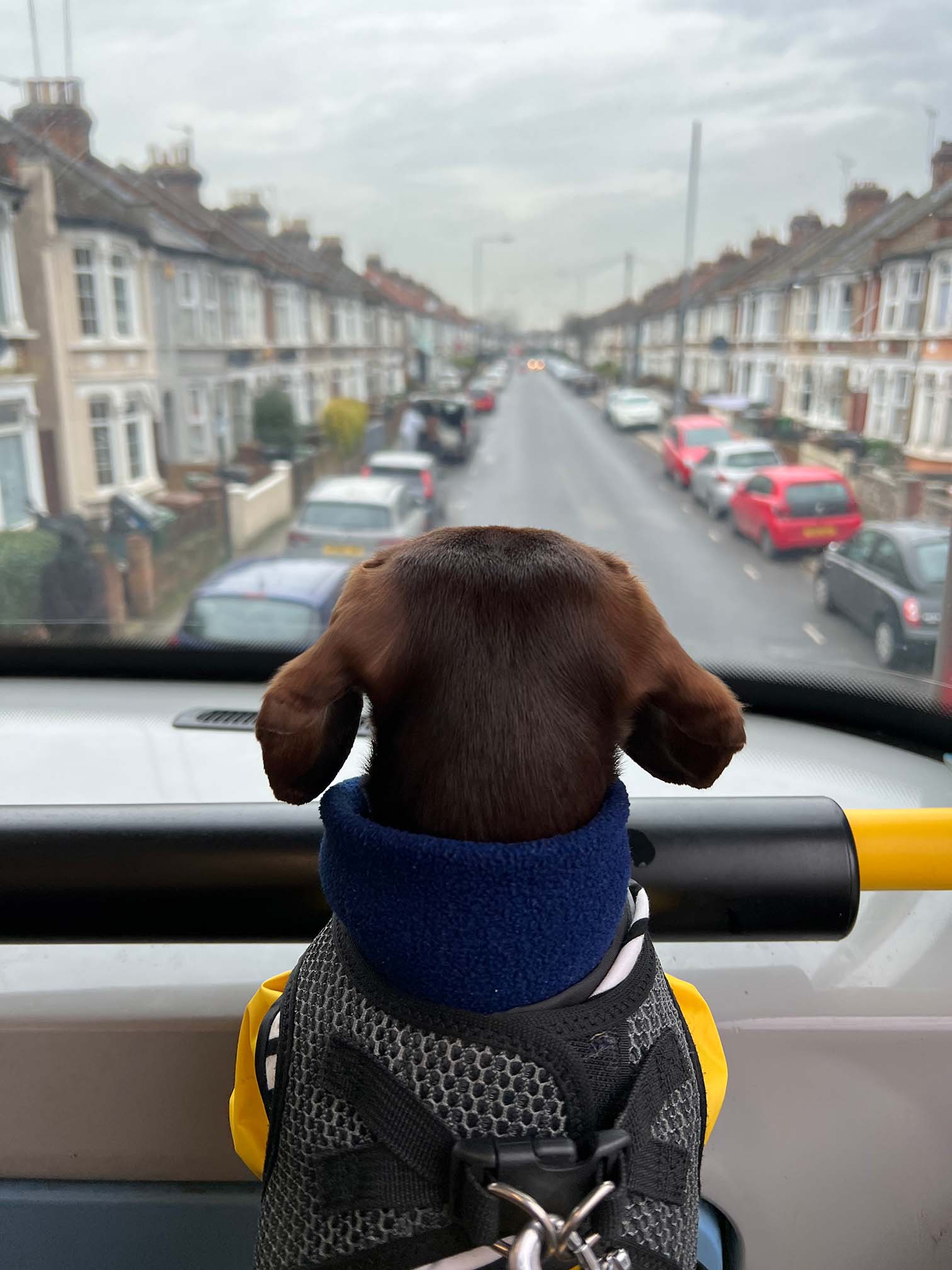 by Martin Belam, January 14, 2022
I do social and explaining stuff at the Guardian. As a journalist and designer I’ve spent nearly twenty years building digital products for the likes of the Guardian, BBC, Daily Mirror and Sony. I also make electronic music about the paranormal under the name m-orchestra. I’m @MartinBelam on Twitter, and martin.belam@theguardian.com on email. Sign up to get my blog posts sent to you via email.
← Happy birthday to my blog and a Merry Xmas to you
Friday Reading S13E02 →