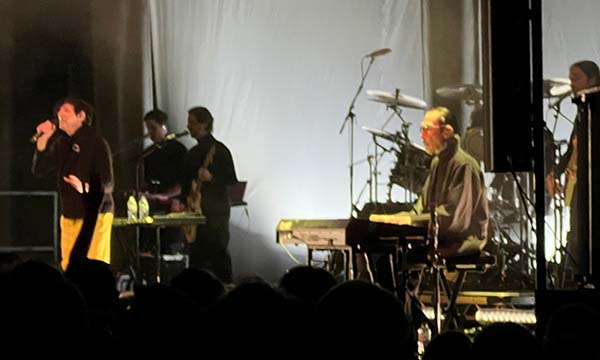 Ron wants to be sure that you didn’t miss this week’s Guardian Thursday quiz: Rescue dogs, stolen goods and kids crashing cars – take the Thursday quiz

“This precarity and scarcity mindset fosters horrible work habits — in so many types of jobs, but particularly amongst millennials and younger Gen-Xers working passion jobs, many of whom have endured small and not-so-small traumas attempting to find and keep employment during and after the Great Recession. Our primary coping mechanism for dealing with those traumas? Working all the time — even after an immediate threat to one’s job had passed.”

“The Librarians Are Not Okay” by Anne Helen Petersen, a transcript of a talk she gave which she says applies equally to nurses, teachers, journalists, clergy, social workers and so on.

Rob Palk in a nail/head situation: “When people do that tweet about how they’ve been informed the staff at (chain book shop) are making it hard for readers to find their controversial new book, why do they not die of shame mid-tweet.”

brb just marching into Rough Trade East to find out why my digital EP isn’t in the window, the cowards.

Superb spot from a locked Twitter account: “the absolute funniest bit of this is when you get to the end and see the title of the book the extract is taken from”.

“Less than a month after I met my soulmate, I ended my 14-year marriage”

You also need to reed this to the end as it gets increasingly unhinged and let’s be honest it started out in “News or Fall Song” territory.

Ooooh look retro black’n’white emoji designs from Google for those of us who miss our Nokia phones. Also I learned Google has a “Creative Director – Emoji & Expression”, what a job title.

Letter no.7 – a short story about love & self doubt by Haaniyah Angus

“Everything is software. Even Crossrail.” says my former boss at the BBC Tom Loosemore about this article in New Civil Engineer that says “Crossrail-style ‘heroic’ leadership no longer fit for purpose”

“Scale matters. The larger and more complex a project, the less likely it is that it can be successfully led by a ‘warrior’ leader who can manage crises by force of will, or by a super-project manager who is focused overwhelmingly on process and deliverables.”

DOCTOR WHO CORNER: Lovely interview with Mandip Gill on her forthcoming Doctor Who exit and on taking a role in Danny Robins fab 2.22 play in the West End.

A great round-up of the mad and disparate and contradictory fates that have befallen the characters of Tegan Jovanka and Ace since leaving Doctor Who in the eighties and now promising to turn up the regeneration special later this year by Chris Farnell who also wrote this absolutely banging opening paragraph:

“So ‘Legend of the Sea Devils‘ was a serviceable, fairly by-the-numbers, classic-monster-meets-celebrity historical story that didn’t hit any truly spectacular highs or lows, but which will surely be hotly debated in the comments anyway.”

“Doctor Who: What Have Tegan and Ace Been Up to Since They Left the TARDIS?” – Den of Geek

“‘I don’t know, Jeff,’ Kammy replies, bending double in hysterics. The highlights of the match have less than 600 views on YouTube. The Soccer Saturday clip has millions. It’s so good not just because of the timing – Stelling is a master – but of the wonderful pure honesty. So many would have tried to bluff or come up with an excuse. There is a strange desperation to always be right and never make a mistake, and certainly never to admit making one. But Kammy owns it with a warmth and charm that have been a constant throughout his 24 years at Sky.”

Really well executed warm and funny piece by Max Rushden on the legend that is Chris Kamara: “The secret of Kammy’s success? Warmth, charm and simply enjoying himself”

Amen to this as well:

“It’s always worth reminding yourself what a privilege it is to get paid to watch football and be given airtime or column space to say what you think about it.”

I never had one of these: ‘It was the poor man’s studio’: how Amiga computers reprogrammed modern music

There’s a prom this year dedicated to music from games and it includes bits of Kow Otani’s Shadow of the Colossus music. Swoon.

I have generally become a curmudgeon about Record Store Day – “NO!” YOU GASP. “MARTIN? A CURMUDGEON? SURELY NOT” etc etc – but this is a quite lovely piece about Mark Burgess who I used to work with at Reckless Records in the 1990s (and also was in a cover versions band with for a while) about what it means for Flashback Records, the shop chain he owns in north London.

“A groovy kind of love, vinyl is here to stay” – Islington Tribune

Yulia Horodnycha has written a post highlighting some of the contemporary electronic music coming from Ukraine.

It is truly one of the greatest and most distinctive records ever made and 1,057 years later Sparks still knocking This Town Ain’t Big Enough For The Both Of Us out the park live in Helsinki.

You know Heardle, the game that is essentially ‘name that tune’ but with snippets of introductions? Well that is great. But even better, somebody has made a version that only features songs by Sparks!

Oh also in big music news, absolutely delighted I am going to be doing the Guardian’s live blog coverage of Eurovision again this year. And there will be a quiz too!

by Martin Belam, May 6, 2022
I do live blogging, news stories and quizzes at the Guardian, and help cover Eurovision and Doctor Who for them too. As a journalist and designer I’ve spent over twenty years building digital products for the likes of Sony, Guardian, BBC, Natural History Museum and Reach. You can contact me at martin.belam@theguardian.com. Sign up to get my blog posts sent to you via email.
← A one-line review of every #TimsTwitterListeningParty I joined March 2022–April 2022
Friday Reading S13E18 →