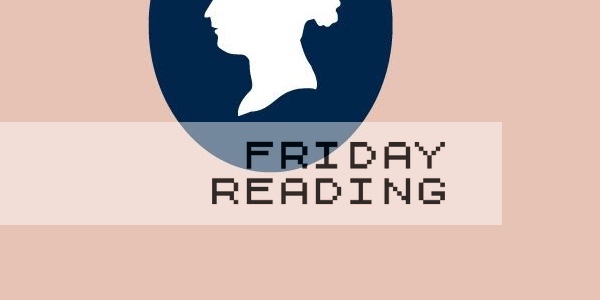 Editor-in-chief Katharine Viner has this week out set a mission for the Guardian in a time of global crisis.

“To do this, we will follow five principles: we will develop ideas that help improve the world, not just critique it; we will collaborate with readers, and others, to have greater impact; we will diversify, to have richer reporting from a representative newsroom; we will be meaningful in all of our work; and, underpinning it all, we will report fairly on people as well as power and find things out.”

“Journalists who have never stepped foot in a war zone are nonetheless becoming traumatised by witnessing violent or distressing scenes through their computer screens. Known as ‘vicarious trauma’, it has become a growing cause for concern as reporters can be exposed to graphic images and video via the internet and unfiltered newswire feeds.”

I can vouch for this. I’ve seen stuff that would never be broadcast or used by a news organisation, just as part of sitting at my desk during breaking news situations

This is a fantastic interactive and genuinely feel so proud of an FT byline that is two-thirds Ampp3d alumni: “Work out your personal gender pay gap”

Claire Wardle and Hossein Derakhshan on “How did the news go ‘fake’? When the media went social”

Incidentally, “Russia made us do Brexit” and “Russia has online disinformation operations” are two different things. A lot of people trying to argue that because they don’t believe the former, the latter isn’t significant. I disagree.

Here’s a Guardian Mobile Lab story-telling format experiment. This one is about the Roy Moore scandal in the US. Here’s a blog post about the how and why of developing it.

“I called my editor and confessed that in a moment of weakness I had accepted a free mattress from an online mattress reviewer named Kenny, and that I wanted to write about this bizarre industry and its even more bizarre David-and-Goliath legal battle. I couldn’t know it then, but the outcome of that battle would influence the purchase decisions of many thousands, if not millions, of people seeking a good night’s sleep.”

It’s kind of niche – I mean, it’s about reviewing mattresses – but this is a cracking read about the murky world of review sites with affiliate marketing codes. Also includes the phrase “recommended as the best mattress for sex”

DISCLAIMER: I once ran a Doctor Who Blog with affiliate links and made precisely f*** all

The Guardian is looking for a Deputy Political Editor.

We are also looking for a Junior Audience Editor at Guardian Labs.

The Times are looking for a social media and community journalist but they might be competing with me for stories so maybe nobody good apply, ok?

Paid Data Journalist Intern at the AP in Washington

A weird mix of detective story and tribute to a colleague who killed himself. Lovely long read about the hunt to find some boys in an amazing football photo from the nineties.

“Capturing the moment: what happened to the boys in this picture?” A nice thing that came out of Leyton Orient being beaten on TV: “Ebbsfleet United to auction Mambo No5 shirt after social media campaign”

Gamers are very unhappy about the “loot box” mechanic in games, but it’s quite a niche argument. However, you might be hearing more about it now some Redditers are campaigning to let parents know that the new Star Wars Battlefront game encourages their children to gamble.

Oh the humanity. “A Daily Express Journalist Accidentally Revealed How He Was Ordered To ‘Put The Boot Into Corbyn’ – One of the right-wing newspaper’s reporters appears to have inadvertently revealed how they are ordered to spin stories.”

“Any semblance of a political opinion must be squashed, with the appearance of neutrality and balance preserved at all costs.”

I’ve never written a social media guideline I didn’t then almost immediately break with my own stupid career-limiting use of social media.

I looked at a year’s worth of YouGov survey data and found that leave voters and remain voters disagree about a lot more than the EU. “Sex, slang, steak – YouGov’s quirkier survey questions reveal a nation divided on everything from homosexuality to cooking”

We really are going to have to fight Nazis again in my lifetime, aren’t we? ‘sake.

“To spend any significant amount of time in truther forums is to feel the traps being set, the hooks sinking in. What if?, the mind wonders. For those short on critical-thinking skills, the forums can be infectious and addictive. Here, one might conclude, are fellow detectives working to excavate realities hidden from the ‘normie’ mainstream”

I am, to be honest, a bit bored by the glamorous long reads about what makes a racist piece of [REDACTED BY LAWYER] into a [REDACTED BY LAWYER AGAIN] but this has been repeatedly shared all week, and yet again, internet forums and conspiracy theories feature very large in the story of a dysfunctional guy who behaves hideously towards women. AND THEN IT TAKES A WEIRD UNEXPECTED TURN.

“The Making of an American Nazi” – Luke O’Brien

So, no help as usual then. “When it comes to claims about screen time we need more sense and less hype”

Another area where the deregulation provided by the internet could be having a negative impact: “Are we failing to protect the child stars of YouTube?”

Some absolutely mind-boggling details in that about what is being made on YouTube featuring child actors too.

Jesus the last line of this article.

“‘I’ll ruin you’: Judy Garland on being groped and harassed by powerful Hollywood men”

“But despite knowing he was an idiot, I felt uncomfortable speaking for the last bit of the train journey and it’s still stayed with me. I think about it every single time I’m speaking in front of people or when something I say might be broadcast.”

“F*** that – Stop telling women off for swearing” – Robyn Vinter

I should add here that I fully and enthusiastically endorse men and women swearing to the full – see my description of my failure to adhere to social media guidelines. However, the swearz filter in your email client may not, hence the asterisks.

This piece about how a fungus parasite takes over and controls ants has given me the absolute heebie-jeebies ever since I read it:

“If this is right, then the ant ends its life as a prisoner in its own body. Its brain is still in the driver’s seat, but the fungus has the wheel.”

Recover from the zombie ants with this, which made me laugh a lot – “David Plowie or Basil Salty? Doncaster asks public to name gritters” – although blimey, there are a lot of people who see an article like this and jump straight to the comments to make a joke that’s been made in the article…

“In the movies, the twin version or double of yourself always tries to kill you or replace you, but this doesn’t deter me. After all, when you find out about your doppelgänger, you have to at least try to meet them. Wouldn’t you?”

“Wild Swimming With My Doppelgänger” – curiously odd and entrancing this from Jessica L. Pan who travels to meet someone with a similar name, ethnic background and interests to her.

Blog post about examining the couple of runes embedded in the manuscript of Beowulf: “Ethel sweet ethel-weard: the first scribe of the Beowulf manuscript”

An immigration lawyer looks at Paddington 2, and it seems to be bad news for the bear from Peru. Even if his home nation have qualified for the World Cup.

by Martin Belam, November 17, 2017
I do live blogging, news stories and quizzes at the Guardian, and help cover Eurovision and Doctor Who for them too. As a journalist and designer I’ve spent over twenty years building digital products for the likes of Sony, Guardian, BBC, Natural History Museum and Reach. You can contact me at martin.belam@theguardian.com. Sign up to get my blog posts sent to you via email.
← Friday Reading S07E04
Friday Reading S07E06 →