Doctor Who: The Reluctant Gladiator 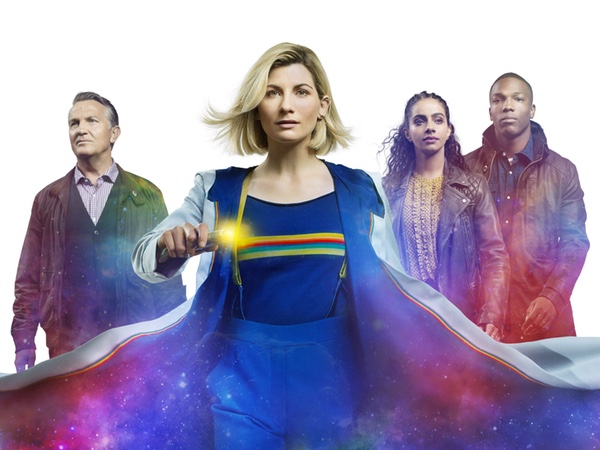 It is Doctor Who’s birthday today – well, the anniversary of the broadcast of the first episode back in 1963 anyway. It has genuinely been my favourite thing for literally as long as I can remember. I sometimes wonder about the impact Sarah Jane Smith being a journalist, and reading all those brilliant Target novels by Terrance Dicks had on my life and future career choices. But I’ve never been one for writing fiction much – and I’ve never written Doctor Who fan-fiction before, well, unless you count the comics I used to draw as a kid, which would be thirty frames of me re-designing the Doctor Who title sequence, one frame of the TARDIS landing, and then me remembering that I can’t draw people. But I made up this little story a couple of months ago to amuse my kids, and for some reason it stuck with me. So I’ve written it down. It seemed to entertain them. Maybe it will entertain you. Happy birthday, Doctor Who!

Doctor Who: The Reluctant Gladiator by Martin Belam

He was rudely awakened. Not by the dustmen. That’s just how they always started it here. A rough shake and some grunting. Thanks to the TARDIS circuits he sometimes understood a bit of what they were saying, but he got the impression that mostly they couldn’t be bothered to talk properly in his presence. That it was beneath them. That shoves and grunts and gestures were all they were prepared to waste on someone like him.

More urgent grunts were made, closer to his ear, and Graham painfully opened his eyes and was soon up on his feet. Looking again at the dirty walls in the tiny cell he was being kept in. He ached. He was tired. His face was sore. And now he was being forced up and out of the door, into a narrow dimly lit corridor.

“See the universe!” she’d said. “Experience the wonder!” she’d said. She sounded like a package tour operator sometimes, did the Doc. She hadn’t said “Get locked up in a cell for a few weeks with no idea where you are, where the TARDIS is, or if anyone is ever coming back for you” had she?

It was supposed to be a routine trip, to see the skies of…what had she called it? Ever Klang? Or Efterklang? But then something had gone “Ping!” in the TARDIS and the Doc had scrunched up her nose and muttered and said “Oh that’s not right” and “I don’t like the look of that” and glanced at her sonic and gone “Bouman particles? In this part of the galaxy?” and she’d spun around the console and pressed buttons and flicked switches and turned round and flashed a smile and said brightly “Nothing to worry about”. And then abruptly all the lights had gone out and there was a colossal noise and somehow they had landed.

The Doc had said it would be fine. The “Klangies” or whatever she called them were a very welcoming bunch, she’d been there several times before. It was, she seemed prepared to concede, “a little odd” that the TARDIS had fallen out of the vortex, but she was sure there was a simple explanation. They’d opened the doors, stepped out, and Graham dimly remembered seeing a blur of blue before being coshed to the ground. And next thing he knew he was waking up in the cell alone.

And so here he was, being pushed down the corridor, towards the door at the end. He already knew only too well what was on the other side. It was flung open ahead of him, and as usual, first of all, it was the brightness that hit him.

And then the smell.

You never really think of the smells, he thought. When you imagine being in space, you don’t think of it having a smell. And this place really stank. Really, really stank. Like rank body odour and a teenager’s bedroom and bad breath and cheesy feet, but somehow sickly sweeter and worse than all of that put together. And you didn’t seem to ever get used to it.

“I’m going to have to just throw this cardigan away if I ever get home” he thought to himself. No amount of washing was ever going to get the smell out. He briefly imagined the expression on Grace’s face if she’d smelled him coming home like this, but a rough shove in the back soon ended that train of thought.

He stepped out into the arena.

What with the lights, and his sore scrunched up bruised face, he’d never really managed a good look at it. It seemed high-tech, metallic, and he was aware that there was a crowd up above him, but with the bright lights bearing down on him he couldn’t really focus on them. The “Klangies” he’d encountered guarding him were large, somewhere between a humanoid and a big upright walking bear, covered in blue hair. Or maybe fur would be the more accurate word? Hair or fur that, judging by what he’d seen so far, was always dirty and matted. Hence the smell, probably.

There was a guttural roar from the crowd as they caught sight of him, and an announcement was made. He could again pick up just a few of the words, and they didn’t sound very complimentary. Graham knew what would come next. A sequence of ear-piercing high-pitched sounds, which he assumed were some kind of countdown, and then he was expected to fight.

“Do me a favour” he shouted across the arena. He already knew what he was about to face. He attempted to make himself sound cheery. “Try and make it quick this time, will you?”

The last of the high-pitched sounds finished, the noise of the crowd intensified, and his adversary stepped forwards towards him. One swift sharp punch connected straight with the side of Graham’s head, knocking him spark out. He collapsed in a heap on the ground. What sounded like a disappointed collective groan came from the crowd up above.

His adversary stood over him.

Doctor Who and the TARDIS are copyright the BBC and all that jazz, no infringement intended etc etc blah blah blah I promise never to do this again.

by Martin Belam, November 23, 2019
I do live blogging, news stories and quizzes at the Guardian, and help cover Eurovision and Doctor Who for them too. As a journalist and designer I’ve spent over twenty years building digital products for the likes of Sony, Guardian, BBC, Natural History Museum and Reach. You can contact me at martin.belam@theguardian.com. Sign up to get my blog posts sent to you via email.
← Friday Reading S08E14
Friday Reading S08E15 →