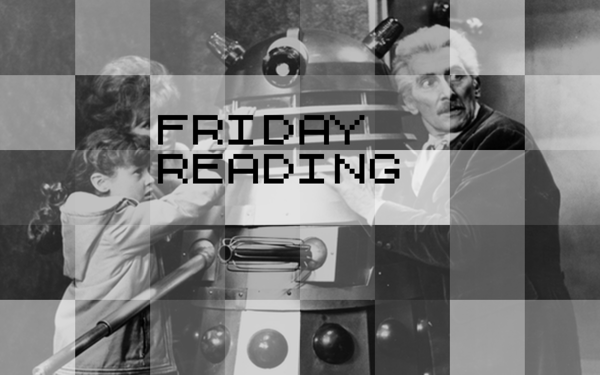 Matt Round who makes old-style internet distractions to make the internet WEIRD and QUIRKY and FUN again at Vole.wtf made the observation this week that: “For the vole site, Facebook is generating half as much traffic as Twitter. That’s a huge change from the days when it was sending 10-20 times more visitors to UsVsTh3m, nowadays the algorithm HATES viral web games. In my web stats I could see the circle game repeatedly hitting some kind of FB ceiling whenever it shot up. Would’ve been fun to have thousands of simultaneous players and millions of views, but hopefully people will discover it gradually over time. On a more positive note, the WhatsApp sharing button gets used a LOT – for some parts of the world, twice as often as Twitter & FB combined. Worth bearing in mind if you run a site.”

Pssssst. Here’s a refresher on how political pollsters ‘weigh’ their samples to make them representative. Some of you have been showing you don’t understand this *ahem*

The Forth Estate have published a draft code of journalism practice.

The Bad Sex Awards are bad and past their sell-by-date. Mind you, I still don’t understand why people write any more than “Then they did it. The end.”

It was Doctor Who’s birthday this week, so I published a short story to celebrate. “Doctor Who: The Reluctant Gladiator”

“What if the Apollo 11 mission had gone wrong and the astronauts had not been able to return home? A contingency speech for this possibility was prepared, but never delivered by President Nixon – until now. The immersive installation invites you into this alternative history and asks us all to consider how new technologies can bend, redirect and obfuscate the truth around us.”

There’s still just about time to catch this in Amsterdam which looks like a fascinating idea: “In Event of Moon Disaster”

My friend Sooz is in this Labour party video.

I know lawyers have got to lawyer, but this is some shady next level shit from Uber.

“It is, in our opinion, unreal to deny that Uber is in business as a supplier of transportation services.”

My friend Felicity is in this Channel 5 programme: “Britain’s Great Pension Crisis”

Yeah suck it up anybody who ever looked down on me for having weird nerdy habits as a teenager: “How ‘Dungeons & Dragons’ Primes Students for Interdisciplinary Learning, Including STEM”

Reach have got some entry-level journalism jobs going in Sheffield.

Imperica magazine were pushing their guide for writers again in the hope of bringing in some new voices and pitches.

TfL are looking for an experienced Digital Content Editor which would have been my absolute dream job about ten years ago but I am too old, senior, and decrepit now.

It has started: “Woman In Texas Killed By Herd Of Feral Hogs”. Unclear at this stage if there were 30-50 of them.

If you are interested in football (I am) then there is still time to fill in the Against League 3 Football Club Ownership survey about what you think of you club’s owners (I did).

All birds suffer from vertigo according to this daft video which made me laugh.

“I bought 40 cans of SPAM from Safeway, created labels with generic recruiter copy, and put them on shelves all over the city.”

This also made me laugh. Danielle Baskin claiming to have printed up new labels for ‘recruiter spam’ and leave them lying around in supermarkets to see if anybody gets back to her.

Why we should welcome the return of ‘Old Stinker’, the English werewolf.

A piece pondering, via an unearthed old poster, whether Max Linder was the first film star.

I did not know this. Ron’s original cover art concept for Kimono My House was to use an old Japanese war propaganda photo and two have two ladies holding their nose as they hold a copy of the previous Sparks album! 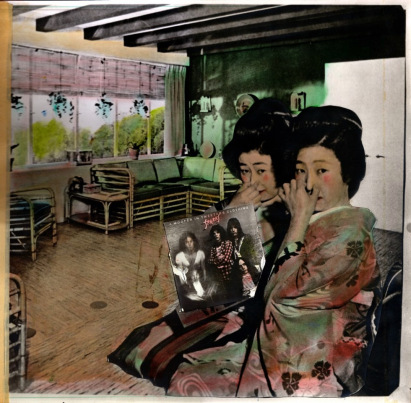 Loads of other Sparks album cover trivia in this.

I went to see Nitzer Ebb at the weekend and I have to say that bouncing around to totalitarian and Nazi imagery and shouting about book burnings seemed a lot more fun in 1987 when it was all firmly in the past, and a lot less fun in 2019 when I feel surrounded by fascists on social media and book burnings have been revived in the US and Hungary etc. 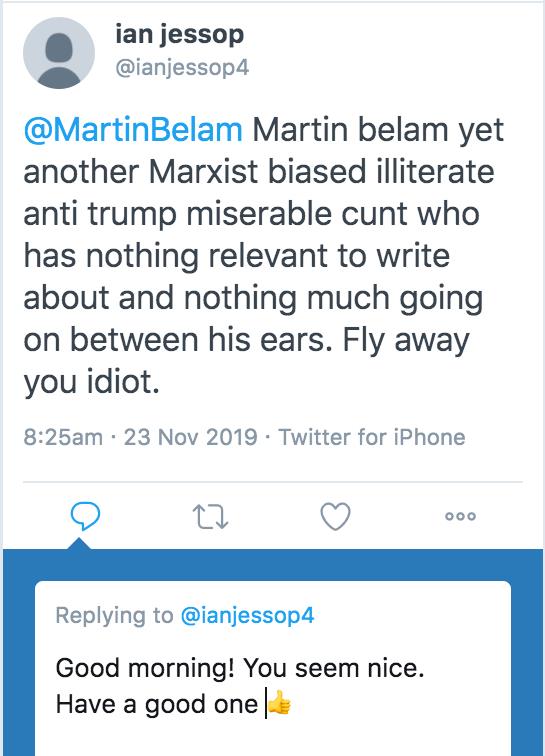 I make electronic music about the paranormal. You can see what it looks like on the m-orchestra YouTube channel. I’m releasing a new track and video every week up until Christmas. This week, to celebrate Doctor Who’s birthday, it was a song called “Peter Cushing”. 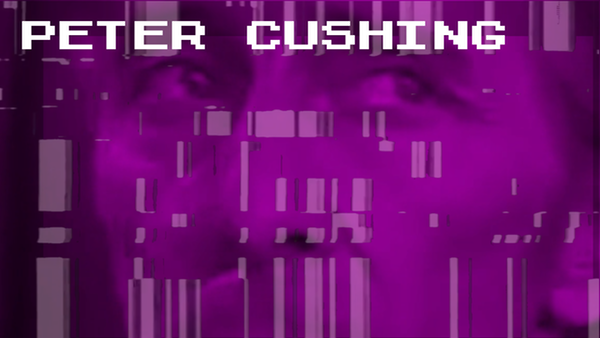 by Martin Belam, November 29, 2019
I do live blogging, news stories and quizzes at the Guardian, and help cover Eurovision and Doctor Who for them too. As a journalist and designer I’ve spent over twenty years building digital products for the likes of Sony, Guardian, BBC, Natural History Museum and Reach. You can contact me at martin.belam@theguardian.com. Sign up to get my blog posts sent to you via email.
← Doctor Who: The Reluctant Gladiator
Friday Reading S08E16 →