Hiya, and welcome to my weekly newsletter on the very day that my children have their citizenship stripped from them without having had a say in the matter.

Absolutely massive fuck-up from the Washington Post here – suspended a reporter for tweeting a link to an old story about the Kobe Bryant sexual misconduct allegations. Yet again newsroom management finding it easier to play the tune of the orchestrated GamerGate-style pile on to one of their staff than back the staff against the abuse.

They’ve then published an opinion piece slagging their own decision off. Shades of that old favourite “A BBC spokesman declined to appear on BBC Newsnight to discuss the situation. Here, with some analysis, is the BBC’s Media Editor, standing outside BBC Broadcasting House”.

Or as Kelsey D. Atherton put it: “One grim development from the path of bad-faith assault on journalism set in motion in 2014 is a notion of ‘privacy for people who make death threats’ and ‘total scrutiny of people who receive them'”

The Post have done a reverse ferret on this now. Must be great to be hung out to dry by your employer only for them to turn round and say “Oooops!” a few days later.

Some other people who’ve had a rough week. Everyone was very much in favour of the idea of Presspad, which had a great deal of successful crowd-funding within the industry – the idea being that it helped young journalists and interns with somewhere to live with an established journalism mentor while they were getting set up in their career, widening access to the industry. And then everybody saw the business model which involved charging a high rent rate. Presspad have been forced into making a statement to clarify, but I do worry the fuss has tarnished what sounded like a great idea.

This is a stunning use of data journalism – a database of every priest in the USA who has been ‘credibly accused’ of sexual abuse. There are a lot of them. If you had this many suspected sex abusers in any other kind of business, you’d shut it the fuck down.

“Other days I felt like I was watching my peers tear each other apart for our collective amusement, as if we couldn’t remember whether this was our job. It was hard to tell sometimes — and it was really amusing. To be good at it was a new kind of talent. The best acts were irreverent, impulsive, zany, quick. They could be vicious or nihilistic, incoherent in the long run but meted out at such a drip that you didn’t notice or care. Lower-skilled participants doled out hearts to keep everyone going, like the bystanders who hand out cups of water at a marathon. But there was no way to leave, is how we felt, or how I felt.”

This is a wonderful and weird long read about the experience of ditching Twitter but getting sucked into Instagram and then how social media spills out into real life, like finding the person you always see at the gym on Insta. I just can’t really get my head round the fact that people are growing up in a world where for them Instagram has always existed.

We got a new Doctor Who and she is Jo Martin, the first woman of colour to play the role, and sections of fandom were thrilled.

“Chris Chibnall Cast a Black Woman as the Doctor, But It’s Only Just a Start” – Constance Gibbs 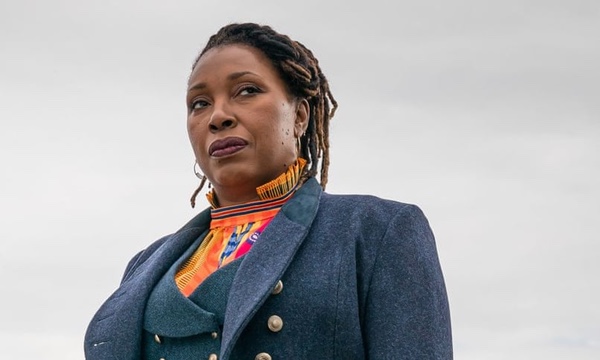 Obviously there was a load of racist cunts as well about it, but they can fuck right off. The racist cunts.

It has historically been so difficult to tell stories about the climate crisis. The data is too abstract. The consequences too far off or too over-whelming to contemplate. Feels like the Australian bushfire season this year may have been a tipping point for coverage cutting through?

“This Is How We Live Now – A year’s diary of reckoning with climate anxiety, conversation by conversation” – Emily Raboteau

Notable that so very often it is young female journalists who end up writing these sort of confessional first person pieces, but this isn’t. By turns bleak, then bleaker, then bleaker still, a compelling read.

“An intimate tour of one writer’s home town, one excruciating memory at a time.” – Ben Charlie Smoke

Reminder – the new Pokémon mini-series on YouTube is set in the Galar region – i.e. England. Giant Pokémon ravens from the Tower of London haul flying London black cabs. The London Eye and Houses of Parliament appear. Yamper is a corgi that can give you electric shocks.

Possibly in the new Pokémon anime series there’s a version of Ed Jefferson who appears, walking lonely between bus stops as he dispenses interesting facts about the history of bus route numbers, letters(?) and names (really???) in London.

“There is logic behind bus numbers – unfortunately, it’s several different types of logic that have been inconsistently applied over the course of more than a century.”

“I decided to set the record for travelling on the most London buses in numerical order, for some reason” – Ed Jefferson, CityMetric

Telegraph journo Michael Deacon took this photo and it is honestly one of the most cursed images of all-time. The more you look at it, the weirder it gets. 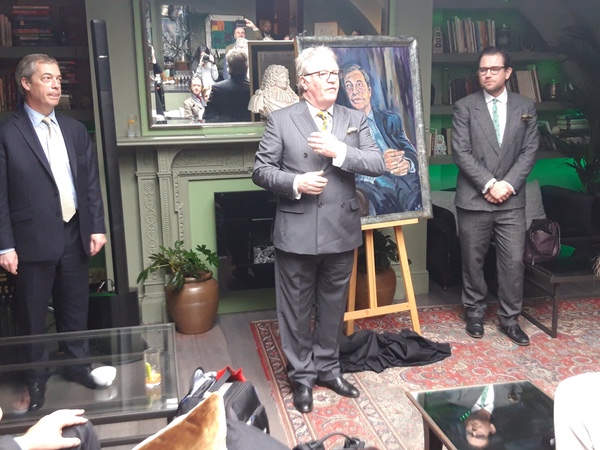 Lovely slice of Australian TV nostalgia about the country’s late transition to colour TV – the clip itself is great fun too: “Aunty Jack: how a lovable moustachioed thug in a dress brought colour to Australia”

Long and in-depth musing on Bowie’s Low album including the surprise of how vitriolic Adam Ant is about Bowie. Includes loads of great embedded video clips too.

(Personally I’ve never really got ‘into’ the more ambient side two, but probably because by the time I was exposed to it, I’d already listened to so many things that had been influenced by it, that it seemed superfluous. Everything on side one of Low is a perfectly crafted little gem though.)

Steve’s piece also contains an unexpected reminder that 808 State did one of the most unnecessary remixes of all time – “Sound and Vision – 808 Gift Mix” – all the new bits they added now sound hilariously more dated than the original elements.

I am playing a gig in Walthamstow for the first time in *gasp* twenty-five years. Come along. Tickets here.

And finally, to re-iterate. Today is the day my children lose the passports, citizenship and rights they were born with. As long as I live I will never forgive the people who have done this to them.

by Martin Belam, January 31, 2020
I do live blogging, news stories and quizzes at the Guardian, and help cover Eurovision and Doctor Who for them too. As a journalist and designer I’ve spent over twenty years building digital products for the likes of Sony, Guardian, BBC, Natural History Museum and Reach. You can contact me at martin.belam@theguardian.com. Sign up to get my blog posts sent to you via email.
← Friday Reading S09E04
Friday Reading S09E06 →