Friday Reading is a weekly series of recommended reads from the Guardian’s Martin Belam, covering journalism, media and technology, and other interesting nerdy things. It is now in its eleventh season, and is also available as an email newsletter. Sign up here.

Typically, when catastrophe strikes, advertisers and social media managers hit pause on their content. Days go by and then it’s back to business. But last week was a wakeup call for strategist Amy Brown, who said the last decade of her career has been a “front row seat to the rise of the alt-right and QAnon” and like “watching a car crash in slow motion.”

“There’s only so much trauma one single human brain can process, and Twitter is like an always-on trauma machine,” Brown said in an email. “It takes a huge mental toll to consume this content, day in and day out.”

Oh so much this. Social media managers grapple with burnout, leaving the industry – Kimeko McCoy, Digiday

Trump’s ban from Twitter creates the ultimate case of link rot in posts across the internet – Kim Lyons, the Verge

I must say my usual practice for some time was any time I was blogging or writing about “X has just tweeted appalling thing Y” I would take backup screenshots to pop into the article in case the tweet was deleted. I’m not going back to fix four year’s worth of articles.

Without being overly-dramatic about it I can’t tell you what a difference it has made to my daily work not having Trump on Twitter. That threat hanging over you that literally every second you were live blogging he might just instantly upend the day by suddenly tweeting some mad shit or starting a fight with a Republican/Iran/Sadiq Khan etc. It’s like having an abusive flatmate suddenly removed from the house.

I see no choice but to resign from this Death Star as it begins to explode.

Some absolutely petty-as-hell jobsworth of an academic started a thread on Twitter complaining that students these days don’t use 19th century formal letter writing techniques in their emails and Poppy Noor was not having it: Do millennials actually know how to email? An investigation

Tips and tricks from three actual proper journalists about working with no newsroom during lockdown.

Jess Brammar writes about her experience of returning from maternity leave to *checks notes* the room next door, during lockdown:

At home, I’ve assumed a different identity than the one I left behind in the office and I’m not sure how to blend the two together. The first day of meetings only served to deepen the sense of confusion. My team, hardworking and exhausted by a draining year of news coverage, expressed excitement I would be back with “new energy” and “fresh ideas”. But after eight months tending to a baby in a world where everything was closed I felt as tired as them. I experienced moments of deep joy this year, but spent much of it pacing the streets, exhausted, alone with a newborn baby and nowhere to feed or change him apart from a park bench.

Incidentally the TUC in the UK is campaigning for some version of the furlough scheme to be extended to parents and those with caring responsibilities. Of course, that would mean convincing the government to actually put a value on domestic work that wasn’t paying the nanny, eh?

While on the subject of whining babies, I see that Toby Young has been Toby Young-ing again: Daily Telegraph rebuked over Toby Young’s Covid column. 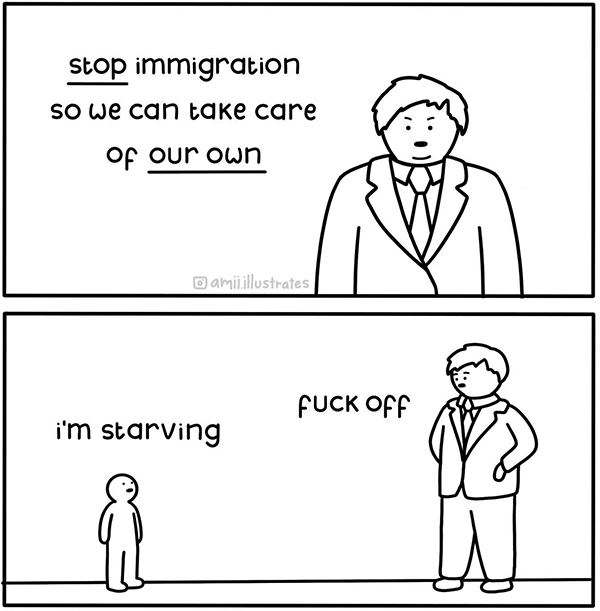 You don’t need to read it all, just skip to the absolutely killer last line – ‘Hard graft’: UK influencers scramble to justify exotic getaways in pandemic

Caroline Quentin in a great interview here, but most importantly on the psychological impact of the tabloid phone-hacking scandal. If, as far as you are concerned, only your doctor and your partner know you’ve had a miscarriage, what does that do to your relationships when it appears in the papers…

“It did for my relationship with my dad.” Her father, Fred Jones, left when Quentin was 15. After she became famous, there were lots of stories about him in the papers. “Lots. And about one of my sisters. But they’re both dead. My mother was distressed. Because why wouldn’t I tell her I was expecting a baby before I’d tell a newspaper? My mother’s dead. I can’t say to her: ‘I told you!’ I can’t. I’ll never have that opportunity.

Despite the horror of seeing stories about her miscarriages splashed across the tabloids, the worst thing about being hacked was the distrust she felt for others and that others felt for her. A subtle and pernicious defamation of her character took place, not in public, but within the privacy of her family and friendships. “It’s not good for a family. My parents. Friends. You don’t know who to trust and they don’t trust you, because they think it must be coming from you, because otherwise how would a newspaper find out about things?”

Waltham Forest Echo doing the work of tracking down some of the familiar local E17 homeless people and checking in on them during Covid-19 lockdown #3, the one where the government decided it didn’t need to bother bringing everyone inside this time.

Russell T Davies has filmed some scenes with Daleks in his new drama as a tribute to Dursley McLinden. McLinden played a memorable character, RAF Sergeant Mike Smith, in one of Sylvester McCoy’s stories, and I must confess, until I read this piece, I had not realised that he had died of AIDS-related illnesses just a few years after appearing on the show.

This Musician Makes Songs From Outer Space Data – Matt Russo, a musician and lecturer at the University of Toronto, converts astronomical data into musical compositions on his website

I feel almost certain that I went to this The Shamen / Slab! / Dub Sex night. Would have been three of my favourite bands off Peel at the time. But then I also feel like I would have wanted to go to the Loop night and the World Domination Enterprises night as well… 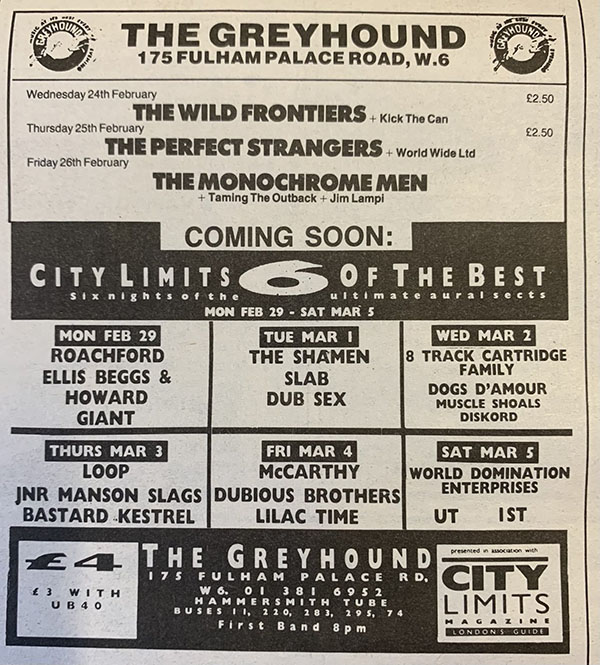 Very sorry to hear that Senseless Things and Wildhearts singer/guitarist Mark Keds has died. I knew him through connections at Reckless Records when I worked there.

Woodcraft Folk with an entirely unexpected way of re-imagining The Fall’s English Scheme.

by Martin Belam, January 15, 2021
I do live blogging, news stories and quizzes at the Guardian, and help cover Eurovision and Doctor Who for them too. As a journalist and designer I’ve spent over twenty years building digital products for the likes of Sony, Guardian, BBC, Natural History Museum and Reach. You can contact me at martin.belam@theguardian.com. Sign up to get my blog posts sent to you via email.
← Friday Reading S11E02
Friday Reading S11E04 →