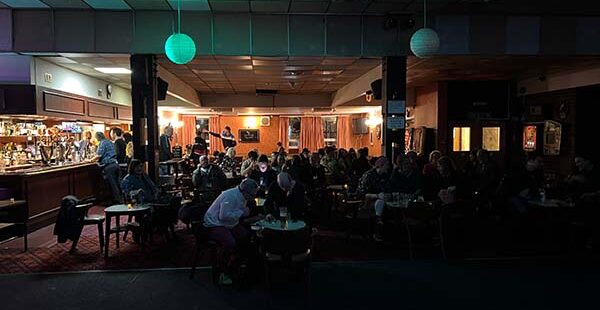 m-orchestra, Eclectic Shock at the Walthamstow Trades Hall, 12 March – The first gig I went to in March was … me! I was pleased with this. New song Lonely Water off the forthcoming Care/Harm EP got its live debut, I played Bug Brain Check-In in tribute to that weirdo conspiracy internet guy who used to send me abusive messages at the BBC, the tech worked great, I pressed most of the right buttons in nearly the right order, it seemed to go down well in the room. Yay! 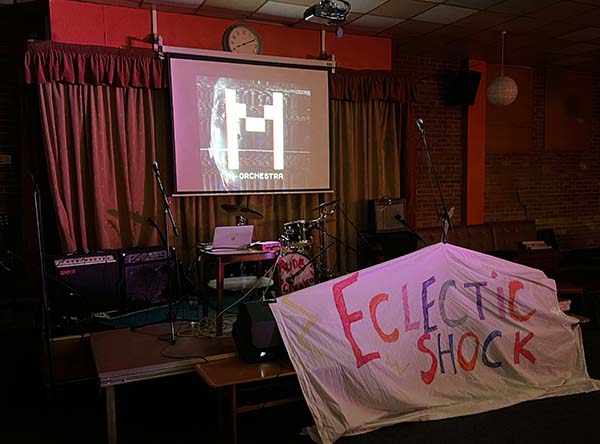 Simon and the Spears, Eclectic Shock at the Walthamstow Trades Hall, 12 March – This must be the fourth or fifth time I’ve seen them now, very pleasing power-pop in the mould of the Kinks or XTC or Buzzcocks, that type of thing. 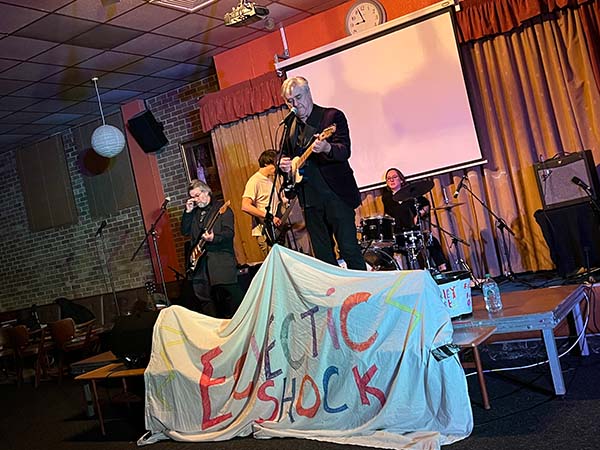 Simon and the Spears at Eclectic Shock

Gorran, Eclectic Shock at the Walthamstow Trades Hall, 12 March – I’ve seen Gorran before as well. It’s not entirely my tea-cup – very contemporary mellow soul-tinged heartbreak pop songs – but he has a very good voice and is accompanied by a super technically proficient guitarist and it seems like a great package. 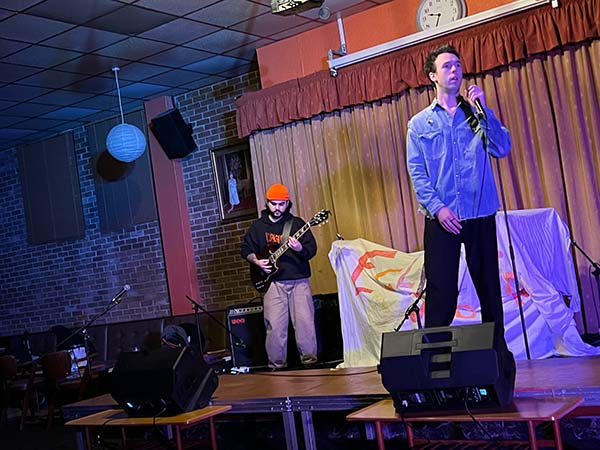 Mica Levi (or sometimes Micachu), Eclectic Shock at the Walthamstow Trades Hall, 12 March – I was absolutely thrilled to be on the same bill as them, but rather than the film soundtrack-y stuff they were playing solo with guitar and voice, everything absolutely drenched in distortion and echo, really intense miserabalist lyrics, as you can imagine, it was right up my street, good good stuff. 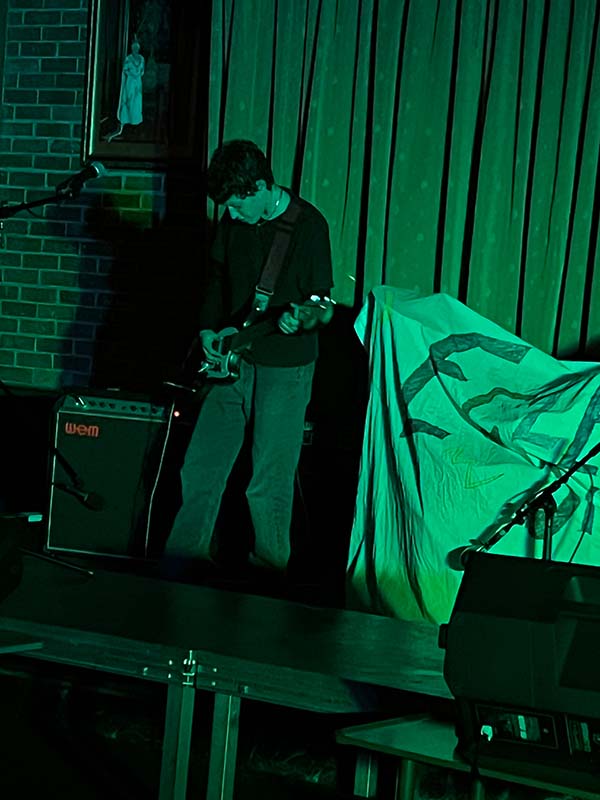 Jessica Lee Morgan, Barbican, London, 13 March – The daughter of Tony Visconti and Mary Hopkin, she’s clearly inherited a great voice and a lot of musicality – she also played guitar and sax as part of the main act – but her own acoustic material didn’t push my buttons particularly.

Tony Visconti, Glenn Gregory and others doing ‘The Best of Bowie’, Barbican, London, 13 March – Lovely to see Tony Visconti up on stage – he’s 77! – and Glenn Gregory was putting my own Bowie karaoke attempts to shame. I know there’s no replacing David, but it was a set-list jam-packed with bangers and great fun, although could maybe have done with a couple less meandering tunes from The Man Who Sold The World LP in favour of a couple more singles. No Jean Genie or Sound and Vision but you have played The Width Of A Circle, what’s gone on there? 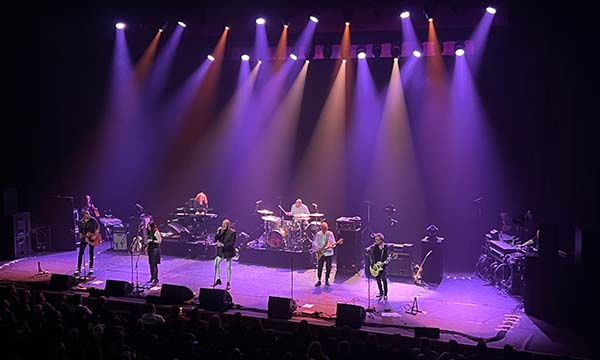 OMD, Royal Albert Hall, London, 14 March – I honestly think this was one of the best shows that I’ve ever seen in my life – great visuals and they were playing a set billed as “Atmospheric and Greatest Hits” and honestly if I’d handed them a little note before-hand saying “These are my favourite songs that I’ve never seen you play live before” they couldn’t have picked a better setlist. 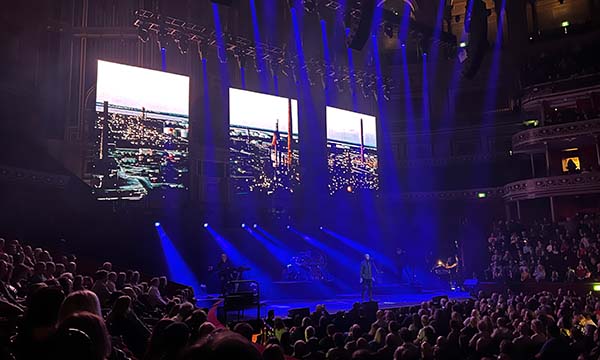 Bunker Soldiers! Julia’s Song! Pretending To See The Future played live for the first time since 1984! Statues! Red Frame/White Light even though they apparently hate it and find it impossible to play! Plus then (nearly) all the hits! Such a great band live. 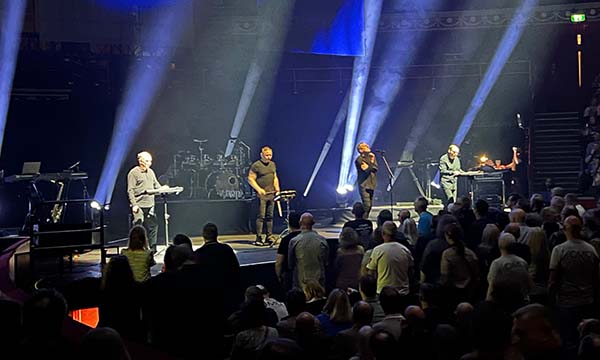 Every 80s synth act – well mostly I am looking at you Depeche Mode – still touring and recording should go to an OMD show and go “Ah, that’s how you mix up playing all the greatest hits plus the new stuff too and keeping it all fun”. 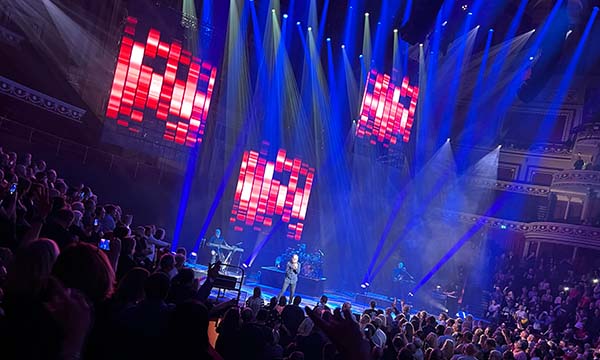 Genesis, O2 Arena, London, 26 March – It was a decidedly odd and expensive choice to go to this, fuelled with nostalgia having seen them in the eighties with my parents, and their catalogue dividing into things I thought were bangers when I was little (Mama, Turn It On, That’s All, Home By The Sea), things that were bangers when I was too cool to allow them to be (Invisible Touch, Tonight Tonight Tonight, No Son Of Mine) and then a load of twee ballad stuff that sounds like solo Phil Collins or whatever weird prog stuff they were doing before I was aware of them and actually thought Peter Gabriel was the singer. I decided to just forget the price, relax, and enjoy the bangers, and let the twee stuff and the prog bits wash over me. 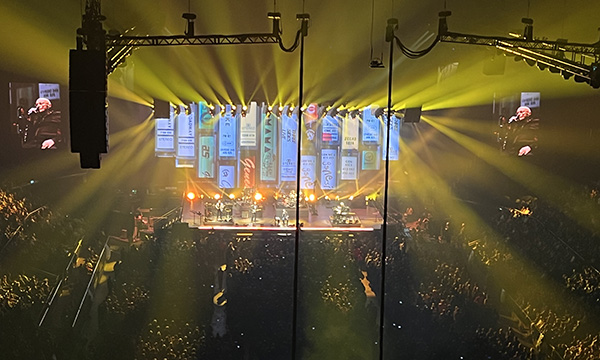 Genesis, from a distance, at the O2

It was unsettling seeing Phil Collins in this condition – his physical health definitely affected his vocal performance – but he was still adept at leading crowd participation etc and seemed to be enjoying himself. They announced that, not unexpectedly, it was to be their final ever show.

by Martin Belam, March 28, 2022
I do live blogging, news stories and quizzes at the Guardian, and help cover Eurovision and Doctor Who for them too. As a journalist and designer I’ve spent over twenty years building digital products for the likes of Sony, Guardian, BBC, Natural History Museum and Reach. You can contact me at martin.belam@theguardian.com. Sign up to get my blog posts sent to you via email.
← Friday Reading S13E11
Care/Harm mini-LP now available for pre-order →