Orchestra of Samples by Addictive TV, Plugged, Walthamstow Trades Hall, 5 May – I just popped in and saw a little bit of this, about five musicians live on stage interacting with loads of pre-recorded performances on a range of instruments from around the world that were being fed in and projected up on a big screen, technically very impressive 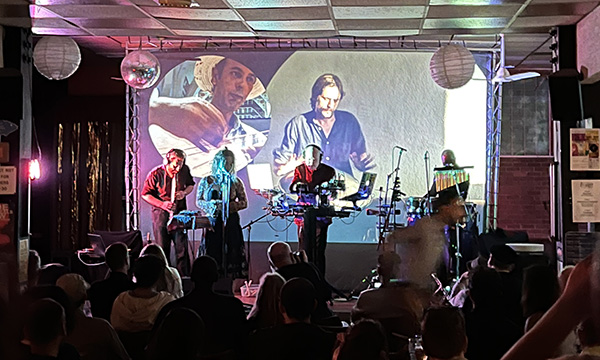 Liquid Engineers, Boxpark, Wembley, 7 May – In a genius bit of programming, Wembley’s Boxpark had a Gary Numan tribute act on ahead of his Wembley show, and it seemed churlish not to pop in for free to enjoy a pint and hear a couple of songs before the main event. 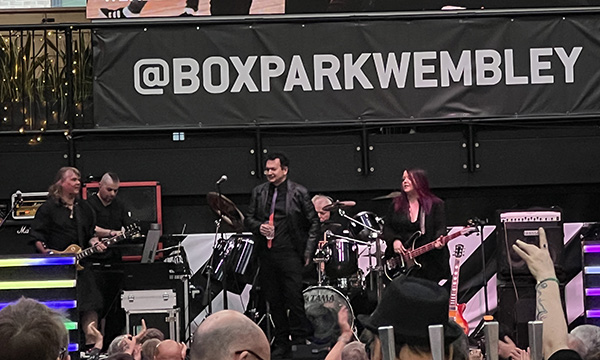 Divine Shade, Wembley Arena, 7 May – This lot didn’t really do it for me live I’m afraid although when I was listening to them in advance Spotify suggested “You might also like … FRENCH NOISE PLAYLIST” and hoo boy that algorithm has got my number alright.

Gary Numan, Wembley Arena, 7 May – A big emotional night for Gary Numan returning to Wembley Arena some 41 years after his massive “farewell” shows in 1981. He said it was his biggest lighting rig and longest setlist since then. BUT … an endless procession of guests and bringing his kids on stage etc just sort of pulled focus for me a bit too much, and it ended up not being the overwhelmingly emotional experience for me that I had anticipated. 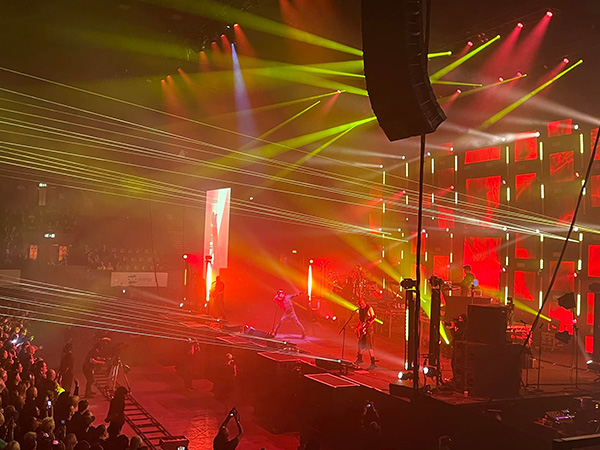 Micky C and All The Sad Sad People, St John’s, Bethnal Green, 13 May – I had a ticket for this but couldn’t go at the last minute. BOOOOOO! Their new album is here.

Divine Shade, UEA, Norwich, 15 May – No, you aren’t seeing double. I did go to two nights on the same Gary Numan tour, and Divine Shade still didn’t really do it for me.

Gary Numan, UEA, Norwich, 15 May – Because Wembley was such a big sit-down show I thought it would be lovely to go and see Gary in one of the smaller venues on the tour, also somewhere I have fond memories of going to see Fields of the Nephilim back in 1862 then hitch-hiking and bunking trains all the way home the next day having been clubbing and slept in the railway station. I’m 50 now so I got a hotel this time. Loved the Numan show, although it is a bit awkward when he ends his main set with I Die: You Die, his 1980 single about how all journalists are monsters. 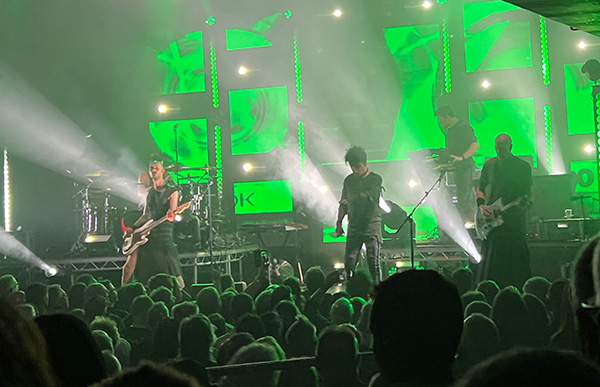 Dom and Nik (I think), Radio Repeat, Walthamstow Trades Hall, 19 May – I sort of stumbled into this and it was the pair of them either talking about dancing or playing records you might dance to – which included The Fall – or doing rather obtuse lo-fi covers of Salt’n’Pepa’s Push It or Grandmaster Flash’s White Lines. Decidedly odd. 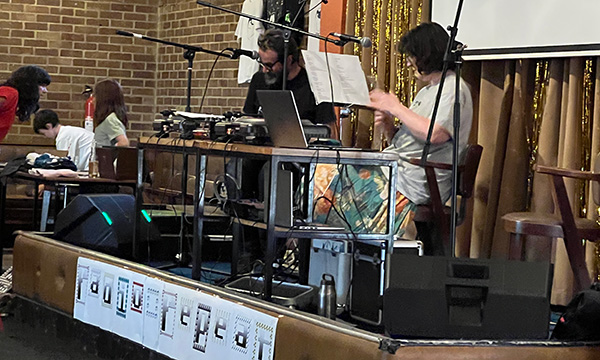 Pet Shop Boys, The O2 Arena, 22 May – Every time I see you, something happens to me. Like a chain reaction, between you and me. My heart starts missing a beat. Incredible show and absolutely imperious set-list of hit after hit after hit after hit. 10/10. Would PSB again. 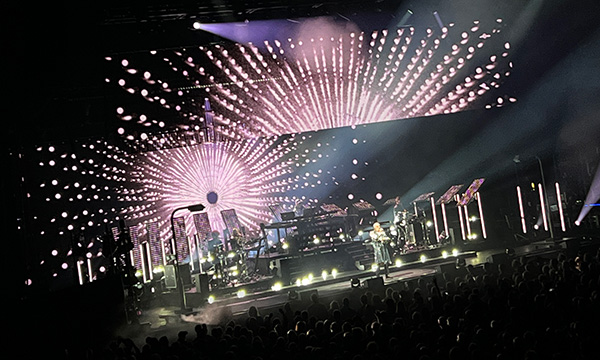 Pet Shop Boys at the O2

xPropaganda, The Garage, Highbury & Islington, 24 May – I must confess I didn’t think we particularly needed a “new” Propaganda album as I’d happily see them play the stuff off A Secret Wish and the best bits of Claudia’s career and that would be fine, but actually The Heart Is Strange really is quite good, and I enjoyed it live. 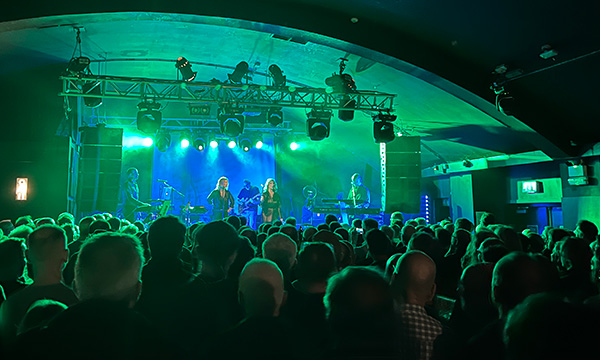 xPropaganda at the Garage, Islington

Melts, Wide Awake Festival, Brockwell Park, 28 May – A strong start to the day with lots of lovely Korg basstones and hypnotic neo-psych, although the singer had a habit of raising his fist all the way through each song which was a bit Citizen Smith. 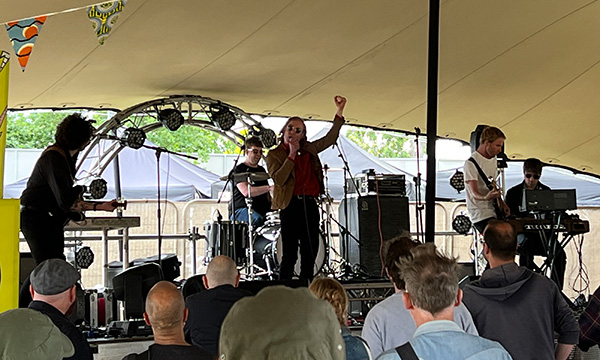 Katy J Pearson, Wide Awake Festival, Brockwell Park, 28 May – Jauntry country-pop putting a smile on everyone’s faces in the sunshine, Katy is absolutely adorable and played all the hits plus her cover of Willow’s Song from The Wickerman and I look forward to seeing her again later in the year. 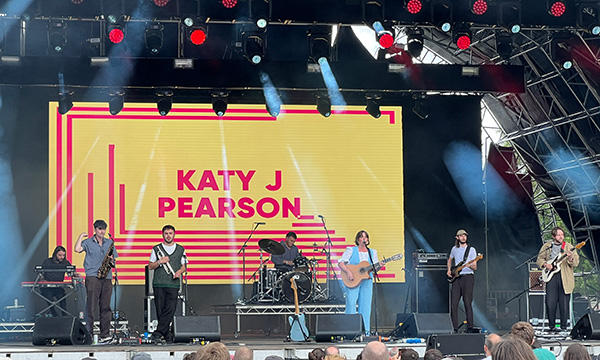 Nation of Language, Wide Awake Festival, Brockwell Park, 28 May – Imagine Cut Copy doing a set full of Human League covers and then getting into a brawl with New Order outside. 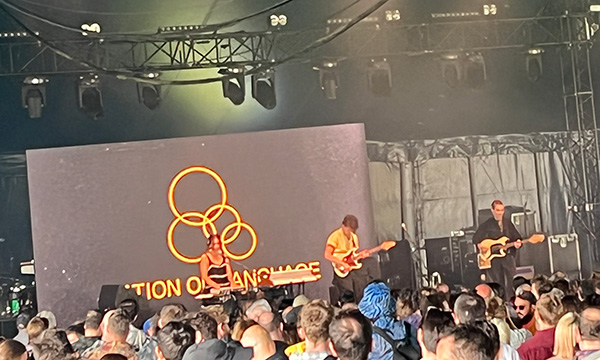 Mister Deltoid, Wide Awake Festival, Brockwell Park, 28 May – I listened to this man DJ some great techno while I ate lukewarm cheesy chips that had cost approximately one million of your earth pounds.

Highschool, Wide Awake Festival, Brockwell Park, 28 May – Imagine A Flock of Seagulls doing a set of cover versions of The Killers, but from a copy of a Killers albums that had drifted back in time to 1983. 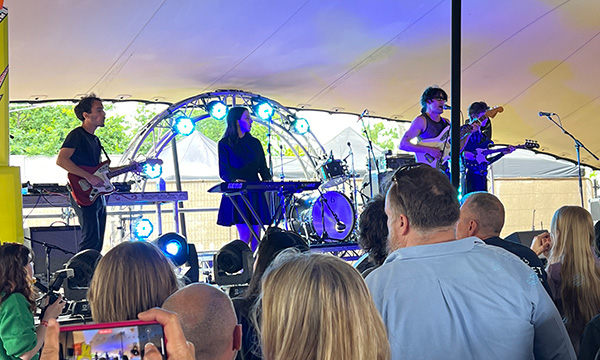 The Umlauts, Wide Awake Festival, Brockwell Park, 28 May – One of the stages had opened late so there was lots of re-jigging of locations and set-times which meant I got to see The Umlauts, who consist of around 1,057 people, sound-checking which was not amusing the increasingly hassled sound people but was absolutely hilarious to watch. 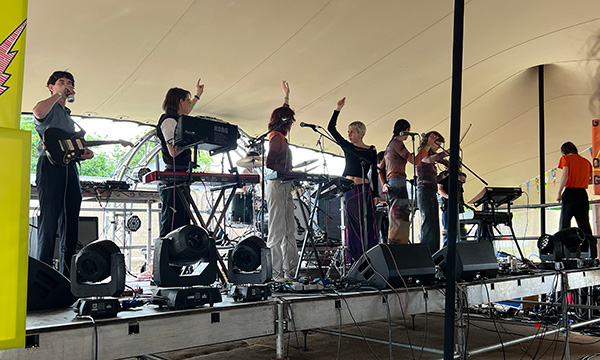 Then The Umlauts started and it absolutely went off – imagine Can or Neu but with two angry women singers – absolutely loved this, easily the best thing I saw on the day and would 100% seek them out to watch again. 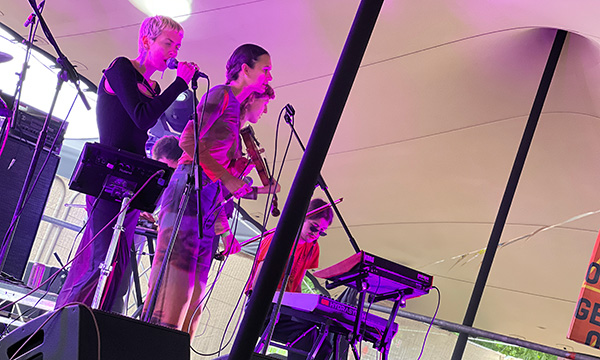 The Umlauts at Wide Awake Festival

Modern Woman, Wide Awake Festival, Brockwell Park, 28 May – If you are a woman artist who deviates from a few limited blueprints then there are a whole slew of obvious lazy comparisons that get made every time so instead I’ll say this was angry, noisy folk-prog, breathlessly exciting, and its got a bloke who appeared to be hitting a colander. 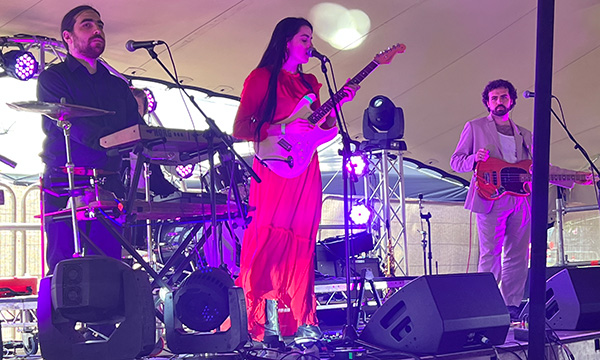 Billy Nomates, Wide Awake Festival, Brockwell Park, 28 May – If you are going to just press play on a laptop then you need a big stage presence to carry this off in a big tent with a big audience, and rather like Self-Esteem, I can see why it is popular, but it isn’t aimed at me and doesn’t speak to me.

Lounge Society, Wide Awake Festival, Brockwell Park, 28 May – Four noisy boys with guitars is more my stock-in-trade and this was a good blast, with a clumsy theatrics to it. 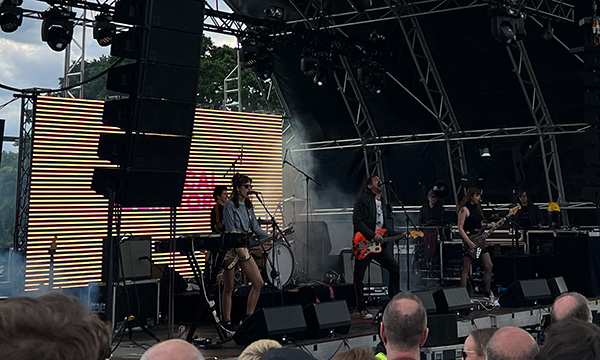 The Horrors, Wide Awake Festival, Brockwell Park, 28 May – They finished by saying “We wish we could have played for longer” to which I’d suggest not spending fifteen minutes of your allocated set time doing the longest dullest sound-check of the drums. “I need more kick in the monitors” “Mate, we can all fucking hear it, just start.” 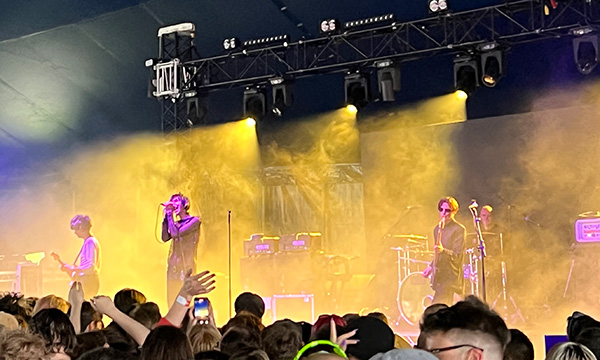 The Horrors at Wide Awake Festival

Automatic, Wide Awake Festival, Brockwell Park, 28 May – Solid electro-pop, very much my thing, but I was beginning to tire now as age and too many cocktails (i.e. two) gradually caught up with me. 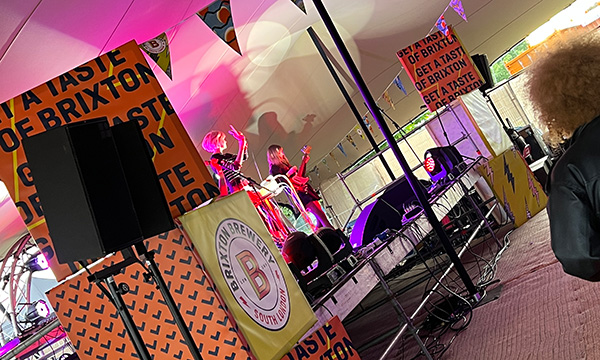 Primal Scream “presents Screamadelica”, Wide Awake Festival, Brockwell Park, 28 May – Screamadelica is a great, great landmark album but quite difficult to pull off live, although it was producing absolute rapture in the crowd and I’ve gotten to an age where just seeing other people massively enjoying themselves at a gig is fun in itself.

Boy Harsher, Wide Awake Festival, Brockwell Park, 28 May – To my shame I did not stay for all of Primal Scream – I even left before they’d done Loaded or Higher Than The Sun – and then literally walked past the tent where Boy Harsher were playing their icy cool electro-goth misery. I was sorely tempted to slip inside that tent, but alas, Brixton tube station was calling me. Next time, Boy Harsher, next time.

Wide Awake is a great festival, it is compact for old people like me, has a great range of bands I’m interested to hear without it having to be a military operation because there’s a ton of stuff I have to see across a gazillion stages. And there’s beer. And cocktails. And even prosecco by the end of the night.

by Martin Belam, May 30, 2022
I do social and explaining stuff at the Guardian. As a journalist and designer I’ve spent nearly twenty years building digital products for the likes of the Guardian, BBC, Daily Mirror and Sony. I also make electronic music about the paranormal under the name m-orchestra. I’m @MartinBelam on Twitter, and martin.belam@theguardian.com on email. Sign up to get my blog posts sent to you via email.
← Friday Reading S13E20
A one-line review of every #TimsTwitterListeningParty I joined in May 2022 →