[This is part of an occasional series where I ramble without much focus about an old episode of Doctor Who what I have just watched on my tellybox or a new one I listened to on my pocket computer device.] 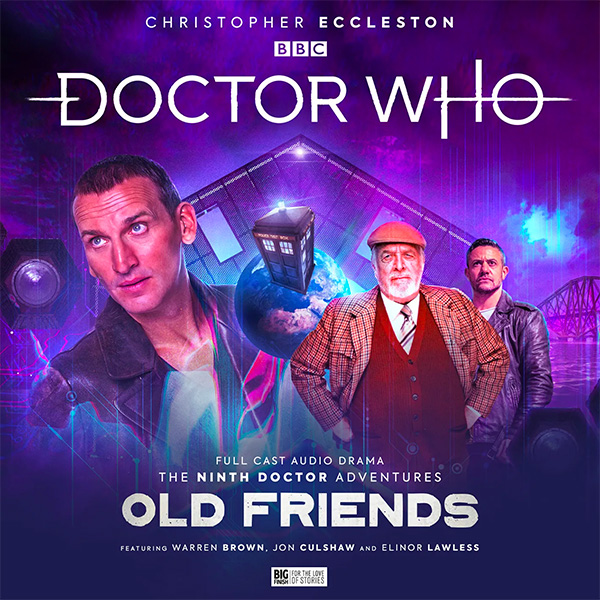 This is the fourth set of ninth Doctor adventures since Big Finish made me literally gasp and nearly drop my phone by announcing that Christopher Eccleston was back as the Doctor.

Fond Farewell was – to ape the ninth Doctor – fantastic. A mystery that was as much about touching relationships as it was about AI ethics, I absolutely loved this. A brilliant performance by James Doherty as Professor Flynn Beckett was central to it.

The Way of the Burryman and The Forth Generation I was very nervous about. I’ve mentioned before that I feel that placing these series of adventures between Day of the Doctor and Rose risks undermining that Rose appears to show a very newly-regenerated Doctor who hasn’t even seen his own ears in the mirror yet. Having a whole slew of adventures, including meeting old foes and old friends seems to contradict that even more. “Oh, look at you” says the Doctor, looking at a Cyberman’s head in the TV episode Dalek, as if he hasn’t seen one for years, despite *checks notes* having a recent series of audio run-ins with them and so forth.

So, I did enjoy this, but I found the combination of the Scottish setting and whispery voices very similar to The Curse of Lady Macbeth in the previous set of Eccleston stories. The lone damaged Cyberman motif also echoed the previous box-set’s brilliant Monsters In Metropolis and eighth Doctor story The Silver Turk, but not to as great effect as either of those brilliant stories.

I also had worries about Jon Culshaw as Brigadier Lethbridge-Stewart. There’s no doubt that he can do the voices, but I wonder if there doesn’t end up being such a focus on replicating the ticks and mannerisms of Nicholas Courtney that he’s putting that ahead of playing the part that’s written on the page with some heft.

You can’t fault Eccleston in these stories though. Honestly, he may have said the quiet part out loud by saying that providing for his family during a pandemic was a motivation for returning to the role, but he absolutely throws himself into these stories. He perfectly recaptures the way he portrayed the Doctor on screen, which is a joy to listen to. I’m looking forward to the next set of adventures.

by Martin Belam, June 16, 2022
I do social and explaining stuff at the Guardian. As a journalist and designer I’ve spent nearly twenty years building digital products for the likes of the Guardian, BBC, Daily Mirror and Sony. I also make electronic music about the paranormal under the name m-orchestra. I’m @MartinBelam on Twitter, and martin.belam@theguardian.com on email. Sign up to get my blog posts sent to you via email.
← Friday Reading S13E22
Friday Reading S13E23 →